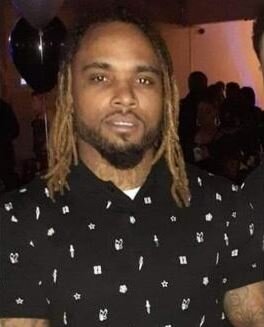 Ramonta Taylor was born on July 28, 1990 in Toledo, Ohio.  Raised in a busy home with four other siblings, Ramonta, was the oldest child born to Laronda Taylor.   As the first born, family often joked about him being a “Momma’s Boy” or “Grandma’s Boy”, as he seemed to be quite able to get away with any mischievous behavior.

Ramonta was known for his fashion style and his desire to always dress to impress.  No matter what he was wearing, he had a million-dollar smile that he wasn’t afraid to flash.  He had an eye for flashy rides and was very proud of the vehicles. He currently possesses a Black Dodge Charger Scat Pack and a Black Ram Truck.   Known in the video gamer world as “King Teezy”. Ramonta was an avid Xbox player, with Grand Theft Auto being his favorite.

Above anything he loved his family, especially his children. He enjoyed spending time with them, no matter what they were doing, even if it was as simple as watching a show on television.

Ramonta Taylor, age 31, of Monroe, passed away unexpectedly on July 7, 2022.   His passing was preceded by his grandmother: Debra Taylor, an aunt: Dorothy Taylor: and one cousin: Rasheed Taylor.

In lieu of flowers memorials are suggested to the Taylor family.   Online guests may leave words of inspiration and comfort or share a photo by visiting www.merklefs.com.

To send flowers to the family or plant a tree in memory of Ramonta Taylor, please visit Tribute Store
Sunday
17
July