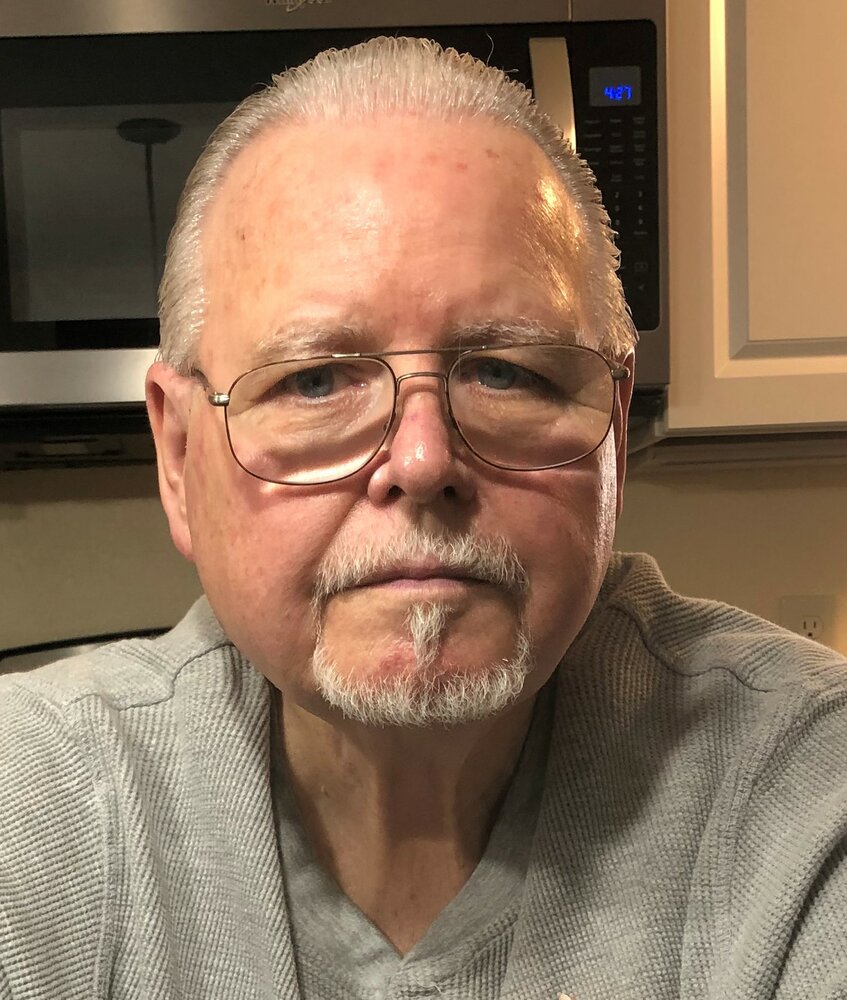 Quincy “Biff” Bivens McCullough was born November 14, 1943 in Plymouth, Michigan.  He was the son of Quincy Zachariah McCullough and Lessie Mae (Bivens) McCullough.  He was a 1962 graduate of Plymouth High School.

Biff was employed in security in the banking industry for more than thirty years.  He spent his career with NBD Bank, now known as JP Morgan, retiring in 2000.  Following his retirement, he wasn’t one to sit around, so he took a part-time position as a beekeeper.  He loved nature, birds, and critters, however after being stung 17 times in one day, he quickly set off on a different path.  He then took to building sheds, but his perfectionism as a woodworker got the best of him, and he soon had to step away from this as well.

On August 7, 1999, Biff married the former Connie Jo Atwater.  The couple camped on their honeymoon and never quit.  Their first camper was a pop-up tent pulled behind the motorcycle.  The process progressively got larger until they had an RV and finally a park model that they didn’t need to pull anymore.  For the past 14 years, they set up camp at Country Campground in Whitehouse, Ohio.   Their daughter, Sherry, and her family would join them.  The couple made their home in Erie, Michigan in 2007.

Biff was a man of God who worshipped regularly at Monroe Christian Church for many years.  An avid motorcyclist, he was a member of the Christian Motorcycle Association and Gold Wing Road Riders.  Biff was known for his big, tough, and gruff exterior, but animals and children alike quickly saw through his façade, realizing he was just a big marshmallow.

Biff McCullough, age 78, of LaSalle passed away unexpectedly at his home on Tuesday, April 26, 2022.   His passing was preceded by his parents and a sister at birth.

To send flowers to the family or plant a tree in memory of Quincy McCullough, please visit Tribute Store
Saturday
30
April