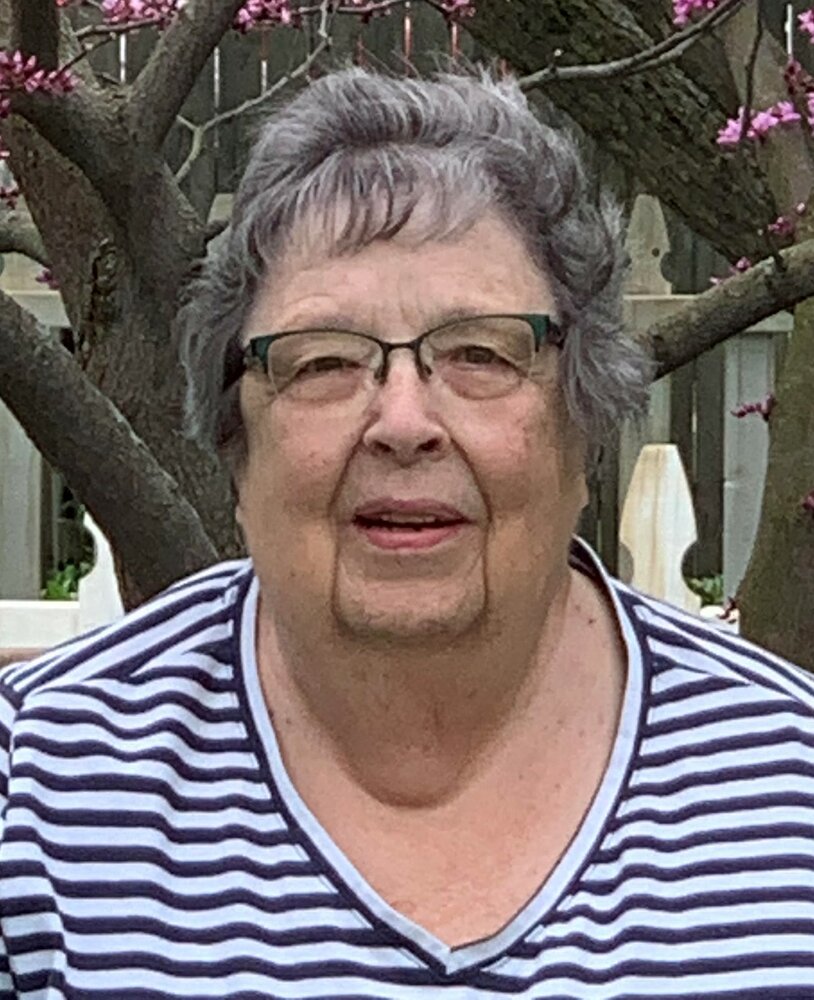 Patricia Anne Dennis was born in Jackson, Michigan on February 28, 1937.   She was the daughter of Herbert J. Dennis and Audrey Lucinda (Purdy) Waid.   Patricia graduated in 1955 from Jackson High School.

She married Richard N. Chapman Sr. on October 26, 1956 also in Jackson.   The couple would be blessed with four children.   Patricia cared for the needs of her husband and children as a homemaker for many years.   After raising her children, she took a position at Jerry’s X-Station a convenience store in Newport at I-75 and Newport Roads.  She worked for many years as a cashier.

Patricia was a kind soul.   She was extremely generous with her time and treasures.   If Patricia believed in someone or something she lent her full support.   She was loving, easy-going, patient, and helpful, never having a cross-word to say about anyone.   Throughout her life she was a caregiver to many people from parents, to her brother, her uncle, her mother-in-law, and even adopting and raising her granddaughter.

Patricia loved to crochet and knit.   Much of her time was spent creating hats for infants through the ProMedica Monroe Regional Hospital Guild.   She also enjoyed challenging her mind to puzzles, playing cards, and traveling.   Her journeys took her as far away as Florida to visit family or as close as Lake Erie Metropark which she visited four to five times each week to watch the deer.

One thing that was certain about Patricia was her ability to tell a story.   She was always entertaining, and she loved to reminisce about her upbringing in the City of Jackson.

To cherish her memory she leaves three children:  Richard N. Chapman Jr. of Monroe, Steven E. Chapman of Estral Beach, and Karen Chapman of Carleton; a stepdaughter:  Donna S. (Thomas) McLaughlin of Wisconsin; six grandchildren including Breanna R. Chapman and Hannah J. Chapman, with whom she was especially close; and three great grandchildren.

Memorial donations for those who desire are suggested to ProMedica Monroe Hospital Guild.   Online guests may leave words of inspiration and comfort or share a photo by visiting www.merklefs.com.

To send flowers to the family or plant a tree in memory of Patricia Chapman, please visit Tribute Store
Thursday
17
February