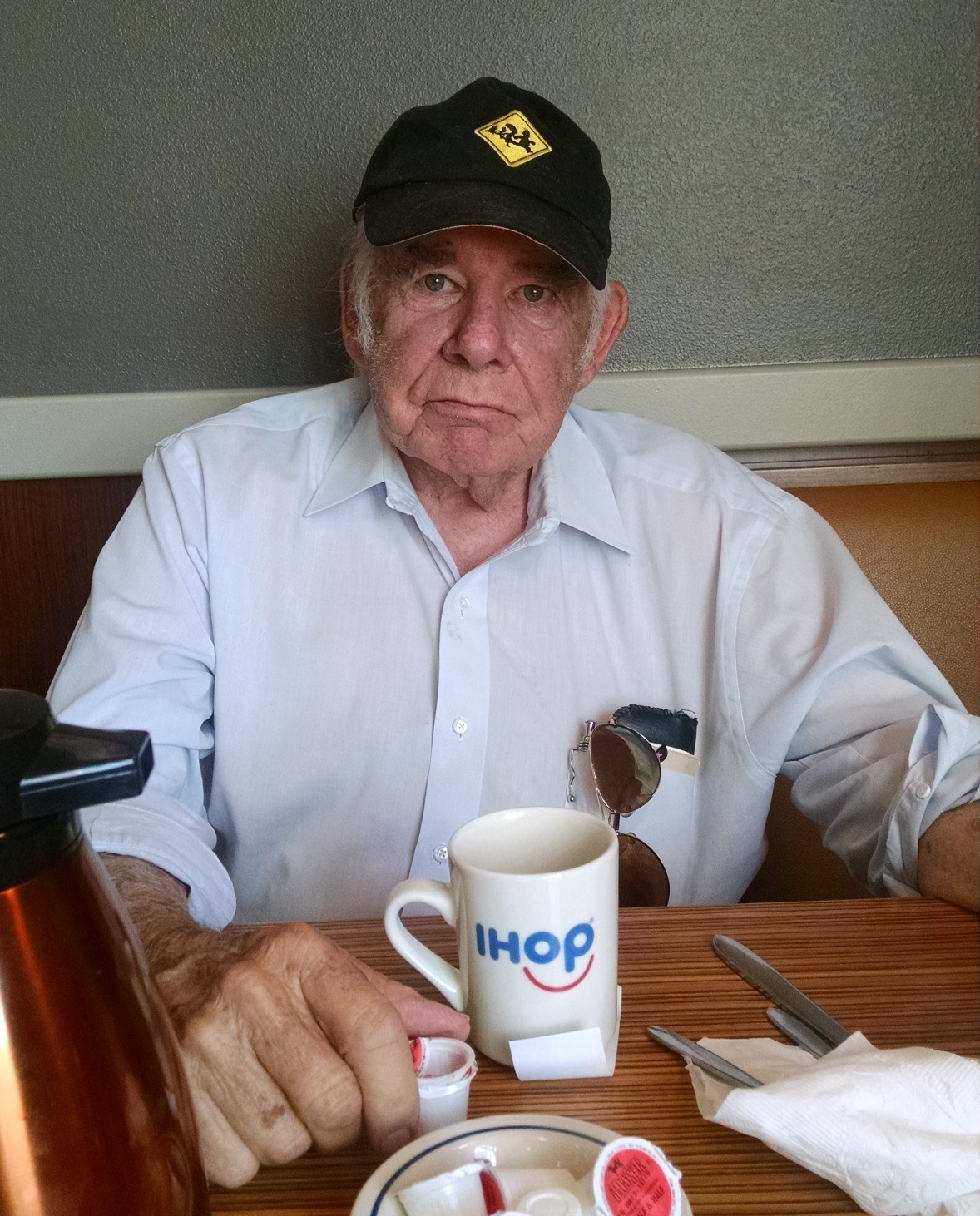 Harold Jules Hanna was born in Brooklyn, New York on April 22, 1937.   He was the youngest of four children, born from the union of Charles Hanna and Emily (Bock) Hanna.

When Harold was in his teens he  moved to Lincoln Park, Michigan to be near his older siblings. Harold graduated from Lincoln Park High School in 1955. And in later years he completed his Associate Degree at a local Community College.

Harold served his country honorably as a member of the United States Army, obtaining the rank of Private First Class. He was stationed in Germany, and had many stories about his time overseas.

Over the course of his lifetime, he was employed in several different capacities. His love for cars could have been connected with the various positions he held at Ford Motor Company, Chrysler Corporation, and, later, at General Motors Company where a position led him to Texas for a short period of time. However, he spent much of his adult life as a truck driver, predominantly for Kroger.

Harold made his home in Frenchtown Township for more than fifty years. He was well known throughout the community and was a former member of the Moose Lodge, the Fraternal Order of Eagles, and a member of the AmVets.

In retirement he enjoyed going out to eat and was a familiar face at local eateries where he enjoyed his morning eggs and toast or an evening meal.  Harold enjoyed conversing with the waitresses at the eateries, and with other truck drivers he met when having a coffee at the local truck stop.

Harold was a car guy, and was always tinkering with old automobiles. He especially loved the antiques and enjoyed going to auto swap meets and auto shows. Harold continually had project vehicles in his yard that needed completion, but they brought him a sense of pleasure.

As time allowed, throughout his life Harold liked to travel back to his birth place of New York and reminisce about his younger years, as well as visit the ever changing areas of New York City including the Bronx and Queens. Harold had a love for American history and would often stop at the many historical spots throughout Pennsylvania during his travels out east. Another favorite destination was an occasional trip to North Carolina where he relaxed on the beach and enjoyed the sunshine.

Harold was proud of his heritage and was a member of the German-American Society in Ohio. He enjoyed drinking and dancing while attending the German Festivals.  Harold also had an interest in boats and you could often find him at the marinas watching the boats pass by. In later years, his favorite destination was Bolles Harbor. He would often mention how peaceful he felt there while watching the wildlife and viewing the setting of the sun.

Harold Jules Hanna, age 84, of Monroe passed away unexpectedly at his home on Tuesday; January 25, 2022.  His passing was preceded by his parents and his three older siblings:  Violet Rennert, Delmar Hanna, and Richard Hanna.   He is survived by his four children, several grandchildren, and many nieces and nephews.

Friends may gather from 2:00 - 3:00 on Saturday; February 5, 2022 at Merkle Funeral Service, North Monroe; 2442 North Monroe Street, Monroe, Michigan 48162 (734) 384-5185.   At 3:00 pm members of the Monroe Veterans of Foreign Wars Post 1138 will present military honors followed by a memorial service celebrating His life.  In lieu of flowers, memorials are sugessted to the family to assist with funeral arrangements. Online guests may leave words of inspiration and comfort or share a photo by visiting www.merklefs.com.

Cremation has taken place through Covenant Cremation of Erie.   Inurnment of his cremated remains will take place at Great Lakes National Cemetery in Holly, Michigan at a later date.