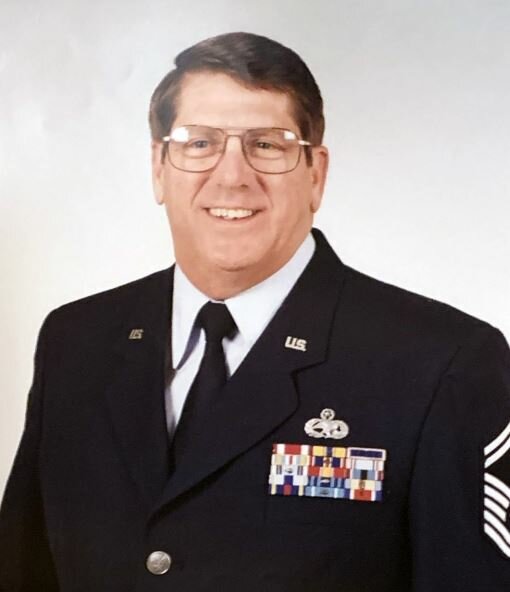 John Earl DeBarr Jr. was born in Pontiac, Michigan on July 11, 1944.   He was the son of John Earl DeBarr and Lucille (Apel) Culver DeBarr.   He was a Polar Bear graduating in 1962 from Woodward High School in Toledo where he met his future bride.   He married Carol Ann Rust on January 2, 1965 at Holy Cross Evangelical Lutheran Church in Toledo, Ohio.

John was a proud veteran and was highly committed to the betterment of all veterans.   His service to his fellow veterans and their needs was his world and even his “hobbies” revolved around this mission.   John was the Past Commissioner of the Veterans Service Commission Office, Fulton County, Ohio.   He was a Life member of AMVETS, Life member of NCO Club in Swanton, Ohio, Past Commander, American Legion 2563, Past Commander Ohio 1st District American Legion, Past Commander VFW 7424, and a Past Member Fulton County Honor Guard.

He was a 32nd Degree Free Mason and Past Master of the now defunct Boaz Lodge 669 of Toledo.   He was a member of the Scottish Rite, current member of Robinson Locke 659, and the Zenobia Shrine.   John enjoyed sports and NASCAR.   He was a car enthusiast always taking great care of his own.

Earl DeBarr, Jr., age 78, of Waterville passed away peacefully under hospice care on Wednesday; December 16, 2021 at the Browning Masonic Community where he had resided.   His passing was preceded by his parents; his wife:  Carol in 2020; a son:  Jeffrey E. DeBarr in 1987; and his stepfather.

Friends may gather from 5:00pm until 8:00pm on Wednesday; December 22, 2021 at Merkle Funeral Service; Dundee; 297 Tecumseh Street, Dundee, Michigan 48131 (734) 529-3156.   A Masonic Service led by the Masonic Lodge, Robinson Lock 659 will take place at 7:00pm.   A Celebration of His Life will be held on Thursday; December 23, 2021 at 11:00am also at Merkle’s with Pastor Heath Hunter of the North Monroe Street Church of God officiating.   Burial will follow at Toledo Memorial Park in Sylvania where graveside services will be under the auspices of the Wauseon Veterans of Foreign Wars Post 7424.

Memorials are suggested to local area veteran organizations.   Online guests may leave words of inspiration and comfort or share a photo by visiting www.merklefs.com.

To send flowers to the family or plant a tree in memory of John DeBarr Jr., please visit Tribute Store
Wednesday
22
December