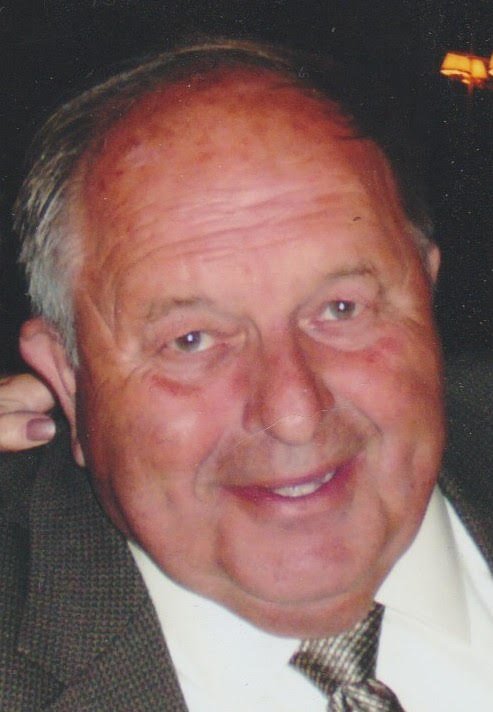 Henry Leonard Lipinski was born on November 27, 1938 in Wyandotte, Michigan.   He was one of five children born from the union of Michael and Alice (Rosienski) Lipinski.   Hank, as he would commonly be known, would attend and graduate from Our Lady of Mt. Carmel High School with the class of 1957.   He enlisted in the United States Army and proudly served his country.

Hank would meet and later walk the love of his life, his beautiful bride Theresa J. Burtka, down the aisle on December 29, 1962.   This marriage happily provided Hank with the wonderful opportunity to be at Theresa’s beck and call 24/7.   The couple would soon be blessed with three boys of their own, and Hank being a wonderful provider served his community as a schoolteacher and Wyandotte Firefighter for more than twenty-five years.

Hank had a brilliant sense of humor and there seemed to be nothing that he would not or could not twist into amusement.   He was well known for his grandpa jokes and his ability to make up songs on the spot about everything and anything.   Hank was an excellent conversationalist; in fact, with every new introduction he would convince his newfound friend that they were either from Wyandotte or that they knew someone from Wyandotte. He was an outstanding artist and had a superb imagination. Actually, he once designed a high-rise fire escape system that went on to receive a United States patent.

A faith-filled, devout Catholic man, Hank, would value attending weekly Mass at St. Joseph Church within the St. Vincent Pallotti Parish.   He was known for his kind heart and generosity, always putting the needs of others ahead of his own.   Hank spent countless hours serving as a caregiver to his ailing mother.   He even did the same for his father-in-law and mother-in law when they were in poor health.

Hank was a pork chop connoisseur and his homemade peanut butter cookies and Russian Tea cakes were fan favorites.  He often carried a mug of suspiciously amber tinted “coffee” at any given hour of the day.

Hank treasured his family but especially his grandchildren.   There is nothing he would not do for them.   He was the tour guide on countless road trips with his wife, children, and grandchildren, all of which became most precious journeys.

Henry Leonard Lipinski, age 82, a lifelong Wyandotte resident, passed away at his home under hospice care on Wednesday, May 5, 2021.   He was surrounded by his loving family and his caregivers.   His passing was preceded by his parents, his wife, Theresa, whom he adored, and three siblings:  John Lipinski, Donald Lipinski, and Dolores Martina.

Friends may gather for a Memorial Mass at 10:00 am on Monday; June 21, 2021 at St. Vincent Pallotti Parish; 353 Elm Street, Wyandotte, Michigan 48192.   A procession will follow to Mt. Carmel Cemetery in Wyandotte where graveside services will be under the auspices of the Wyandotte Veterans Honor Guard, Post 1136.   Merkle Funeral Service, North Monroe; 2442 North Monroe Street, Monroe, Michigan 48162 (734) 384-5185 has been entrusted with his care.

To send flowers to the family or plant a tree in memory of Henry Lipinski, please visit Tribute Store
Monday
21
June