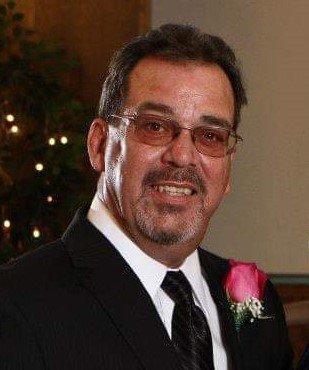 Donald Woodward was born in Monroe on October 21, 1959.   He was a twin son, born from the union of William Curtis Woodward Jr. and Alene (Fannin) Woodward.   Donnie was raised in a home with five other siblings.   He attended Monroe High School, but later earned his GED.

For many years Donnie was employed as a laborer in the metal heat treating industry employed by AMT Finishing Company.   He would later take employment with Four Star Greenhouse working in many capacities. Later, Donnie would retire due to health reasons.

For the past twenty-one years, Donnie, shared his life with Jean Marie McManaway.   The couple had a special bond and were perfect compliments to each other.   Donnie was known for his great sense of humor.   He was always the jokester, playing pranks whenever he could.   He truly enjoyed being silly and making others laugh.   Donnie was the consummate host, the more guests the merrier.   Many pool parties and barbeques were held with Donnie being the grill master.   He was a great Papa to his grandchildren.

Donnie was a music afficionado.   He loved all types of music but was a huge fan of Stevie Ray Vaughn, the Blues, and Classic Rock.   He could often be found looking up songs, artists, and lyrics on the computer.   He was also passionate about his hometown teams cheering on his beloved Detroit Tigers and Lions and Michigan Wolverines.

Donald Woodword, age 61, of Monroe passed away on Wednesday; April 28, 2021 at ProMedica Monroe Regional Hospital.   His passing was preceded by his parents.

Friends may gather on Saturday; May 1, 2021 from 11:00am until 1:00pm at Merkle Funeral Service, North Monroe; 2442 North Monroe Street, Monroe, Michigan 48162 (734) 384-5185.   A Worship Service Celebrating His Life will take place at 1:00pm also at Merkle’s.   Procession will follow to Woodland Cemetery for burial.   The family welcomes all guests to wear their favorite Lion, Tiger, or Wolverine attire.

Memorial donations are suggested to the Oak of Righteousness.   Online guests may leave words of inspiration and comfort or share a photo by visiting www.merklefs.com.

Donnie’s family would like to express their sincere appreciation to family and friends for all of their ongoing love and support over the past five years during Donnie’s illness.

To send flowers to the family or plant a tree in memory of Donald Woodward, please visit Tribute Store
Saturday
1
May