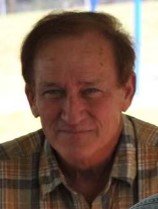 Dale Warren Hayford was born in Monroe on February 4, 1952.   He was youngest of two boys born from the union of Gerald and Geraldine (Rains) Hayford.   He attended Custer Elementary School and Monroe High School graduating with the Class of 1970.

On September 9, 1972, Dale married the love of his life, Teresa Ann Hayford.   The couple would be blessed with three children.   They worshipped at Monroe Church of the Nazarene and Dale would take church extension classes to become Ordained and later becoming the Youth Pastor.   Dale enjoyed playing church softball and was passionate about youth mission trips visiting Mexico, Guatemala, Costa Rica, and Arizona.

In August of 2008, Dale was led to start a new church plant, Crosswalk Community Church.  They rented space at Monroe Middle School for many years until the vision for a new facility came to fruition.  Under Dale’s tutelage the former Great Lakes/ Xanadu Skateway was purchased and renovated opening in June of 2014.   Dale would retire from the church in 2017.

Dale was an avid outdoorsman, a successful bow hunter, and fisherman.  He had traveled across North America in search of big game.   He had even served as a consultant.   Bird hunting was a favorite pastime and Dale had had the opportunity to raise several litters of English Setters, having a special bond with his last dog and faithful friend, Hawkeye.

For more than forty years, Dale and Teresa operated a successful cleaning company, Alpha Janitorial Service.  He had also raised buffalo and provided meat to the Erie Restaurant for fifteen years.   More than anything he cherished his family and time spent with his grandchildren.

Pastor Dale Warren Hayford, age 69, of Monroe passed away on Tuesday, April 13, 2021 at Hospice of Northwest Ohio in Toledo.   His passing was preceded by his parents and he was met in Heaven by his older brother, David who had passed just nine hours earlier on the same day.

Memorials are suggested to Hospice of Northwest Ohio.  Online guests may leave words of inspiration and comfort or share a photo by visiting www.merklefs.com.

To send flowers to the family or plant a tree in memory of Dale Hayford, please visit Tribute Store
Sunday
18
April