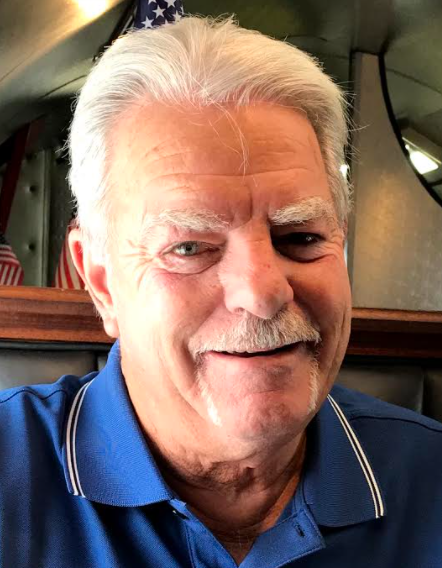 Edward Carl Knabusch was born on October 29, 1950 in Monroe.   He was the youngest of four children and the only son born to the union of the late Milton J. H. Knabusch and the late Sally Ann (Rowland) Knabusch.   Ed was baptized at St. Paul’s Lutheran Church in Maybee.

He was educated at Trinity Lutheran School attending from Kindergarten through the Eighth grade, where he also received his confirmation.   Edward was a natural born athlete with God given talents.   As a student at TLS, he played on the basketball team and ran track.   Ed excelled at baseball which soon became his favorite sport.   An excellent pitcher, Ed, threw a mean knuckle ball, and had pitched a no hitter in the Monroe Babe Ruth All-Star game.   He continued his athletic prowess at Monroe High School lettering in baseball and football.   Ed would graduate with the Class of 1969 and then attend Monroe County Community College.

Ed married Pamela (Arnold) Soderberg and the couple would be blessed with the birth of a son, Scott.

He took employment with Ford Motor Company and earned his Journeyman in Hydraulics.

Throughout his life Ed continued to remain active enjoying golf, racquetball, bowling, and playing on several men’s softball teams.  Anyone who knows Ed knows he had a love for cars especially corvettes and antique cars.

Ed was generous to a fault, and willing to take the shirt off his back to help a friend or family, "no questions asked".   Even through some of life’s greatest challenges, Ed, always had a positive attitude.   He would often say, "there's no such thing as No Can", and then usually set his mind to make it happen.  Ed always had a smile on his face and greeted strangers with a genuine interest to meet them.  He was such a strong people person with a natural gift of gab.   Ed could start up a conversation with anyone and make new friends of any kind, from anywhere.

He would make his home in Hawaii in 1981.   He married Terry Marie Johnson on September 1, 1984 at Waipio Valley on the Big Island of Hawaii. Through his union with Terry, Ed was blessed to gain his stepdaughter, Dana.

With his great people skills and extreme likeability he would have a successful career in sales mostly working in the Macadamia Nut industry.  After over 35 years in Hawaii, Ed and Terry made their new home on the Colorado River in Arizona for the past four years. They have formed a special bond of lifetime partners enjoying boating and taking car rides exploring the area.

Edward Carl Knabusch, age 70, of Bullhead City, Arizona passed away at Western Arizona Regional Medical Center on Sunday, April 4, 2021.   His passing was preceded by his parents.

To send flowers to the family or plant a tree in memory of Edward Knabusch, please visit Tribute Store
Wednesday
14
April