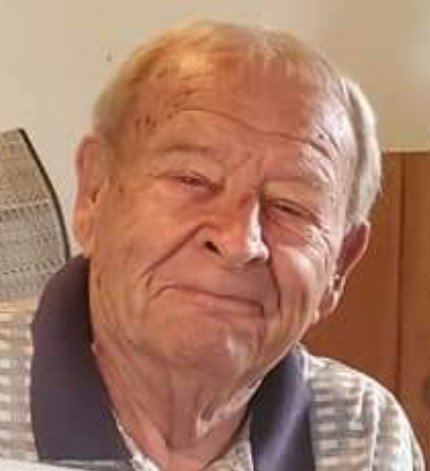 Eugene Lewis Bishop was born on December 14, 1937 in Petersburg, Michigan.  He was one of four children born from the union of the late Lewis and the late Amelia (Kelley) Bishop.   Gene would attend Summerfield High School graduating with the Class of 1955.

In 1956, Gene would marry his high school sweetheart, the former Judy Goodridge in Petersburg. They would then forever be known as “Gene and Judy”.   The couple would be blessed with two daughters of their own.

Gene was an avid sports fan, especially of the Detroit and Michigan based teams.  The Detroit Tigers were by far his favorite team to watch, and in fact, Gene, himself once tried out for the Tiger’s Baseball Team.   Gene throughout his life remained a Summerfield Bulldog often walking the few blocks to catch a game under the Friday Night Lights.   He was also a constant fixture at the events of his grandchildren.

Gene would plant tomatoes and peppers in his small backyard patch, and often the fruits of his labor were bigger and better than those grown by his girls in their much larger gardens.   Gene enjoyed his freedom on wheels.  Whether he was cruising the back roads to Kroger, to kill time and avoid traffic, or tooling around cutting the grass on his lawnmower.   Quite often he could be seen pedaling his bike around town.

Recently, as Gene’s health deteriorated, he truly enjoyed the companionship of Diane Perry.   They spent countless hours assembling jigsaw puzzles and sharing conversation over meals.   It seemed that laughter was always the best medicine.

Eugene Lewis Bishop, age 83, of Petersburg passed away unexpectedly in his home on Wednesday; February 10, 2021.   In addition to his parents his passing was preceded by his beloved wife:  Judy; two infant sisters; and a sister:  Betty Loveridge.

Due to the Covid-19 pandemic funeral services are private.   A public graveside service and inurnment will take place at Maple Grove Cemetery in Dundee, Michigan in the Spring.   Merkle Funeral Service, Dundee; 297 Tecumseh Street, Dundee, Michigan 48133 (734) 529-3156 has been entrusted with his arrangements.

Memorials are suggested to the Petersburg Volunteer Firefighters Association.   Online guests may leave words of inspiration and comfort or share a photo by visiting www.merklefs.com.