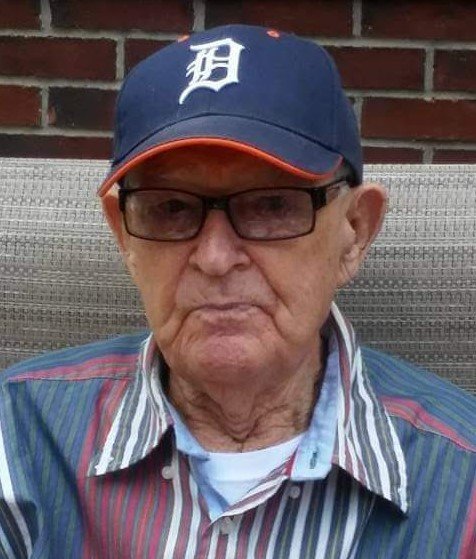 William Meade Sr. was born on September 22, 1921 in Marrowbone Creek, West Virginia. He was eldest of fifteen children born from the union of George Washington and Georgie May (Likens) Meade. He was raised in the Church of God in West Virginia. To provide for his children, Bill worked hard for twenty-three years as a coal miner for the Island Creek Coal Company. He continued to live Dingess, West Virginia until 1966 when he made his way to Michigan where he was employed as a machinist at H. O. Trerice Co. until his retirement in 1983.

Bill enjoyed taking his chances with the slot machines at the casinos in Toledo, Ohio or Detroit, Michigan. However, his favorite pastime was small game hunting, specifically, hunting squirrels in West Virginia, using his twelve-gauge shotgun which was passed down to him from his father. He was a great shot and never missed his target. Bill loved to knock down the pins at the bowling alley and could often be found watching baseball and football, but he especially enjoyed rooting on the Detroit Red Wings. He enjoyed listening to country music of the past, especially George Jones. Bill was proud to be a social as he never met a stranger. He was a member of the Democratic Club in Taylor, Michigan.

William “Bill” Meade Sr., age 99 of Newport, Michigan passed away peacefully at Beaumont Heritage Hospital on Wednesday November 18, 2020. In addition to his parents, he was preceded in death by his fourteen siblings.

Family and friends may gather on Monday November 23, 2020 from 4:00 p.m. until the Celebration of his Life at 7:00 p.m. at Merkle Funeral Service North Monroe, 2442 North Monroe Street, Monroe, Michigan 48162 (734) 384-5185. Due to the Covid-19 pandemic and the State of Michigan’s mandates, guests will be limited in number and no food or beverages will be permitted inside the building.

To send flowers to the family or plant a tree in memory of William Meade Sr., please visit Tribute Store
Monday
23
November