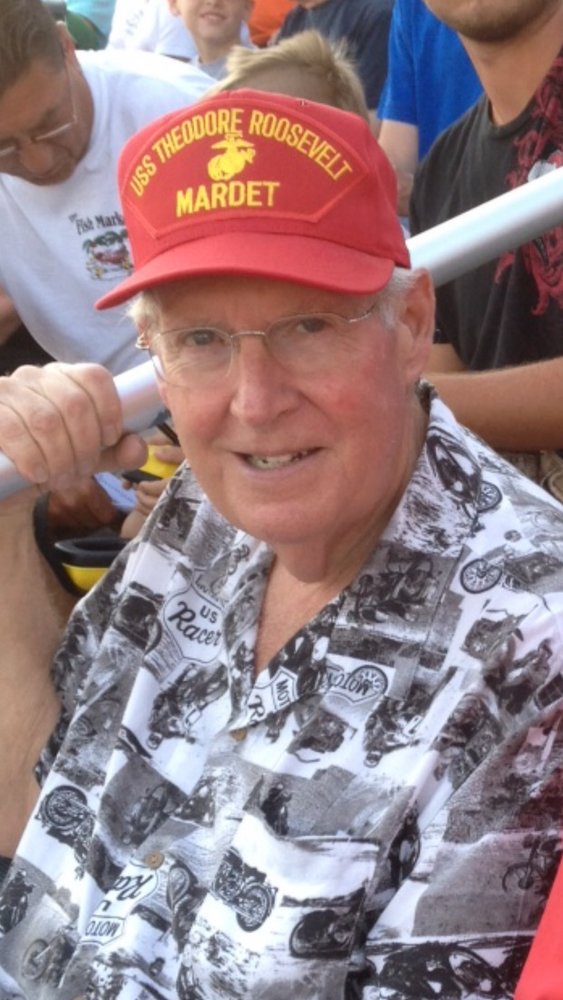 Paul Frederic Bromley was born in Detroit, Michigan on September 19, 1942.  He was one of two children born from the union of the late Fred Bromley and the late Dorothy Dean (Shirlitz) Bromley.   He was a 1960 graduate of Denby High School in Detroit.

Paul was a devoted husband and excellent provider to his family.   He would take a position with the Ford Motor Company working as a Hi-Lo Driver at the Monroe Stamping Plant.   He was a proud member of the United Auto Workers Local 723.   Paul would retire in 1999 after thirty-two years of employment.

He married the former Ella Katherine Glaser on November 6, 1972 in Monroe.   The couple would worship at the First Presbyterian Church.

Paul enjoyed fishing and boating and was a former member of the Detroit Beach Boat Club.   He was also an avid hunter.   His favorite pastime of all however was that of auto racing.   In the late 1960’s he had participated with friends racing a car at Flat Rock Speedway.  He would enjoy ARCA racing for more than thirty years each Friday night at the Toledo Speedway.   When he wasn’t watching auto racing his need for speed was satisfied watching his grandson on the go-kart track.   After retirement he honed his skills as a woodworker.   He impressed many with his excellent craftsmanship creating beautiful items with his own hands.

Paul Frederic Bromley, age 78, of Luna Pier passed away at 1:50pm on Tuesday, November 3, 2020 at Ebeid Hospice Residence in Sylvania.   His passing was preceded by his parents.

Due to COVID-19 restrictions a private memorial service is being planned at the First Presbyterian Church, 108 Washington Street, Monroe, Michigan 48161.   Merkle Funeral Service, Erie; 9156 Summit Street, Erie, Michigan 48133 (734) 317-7199 has been entrusted with his arrangements.

In lieu of flowers memorials are suggested to the “Now I Lay Me Down” Bed Ministry at the church.   Online guests may leave words of inspiration and comfort or share a photo by visiting www.merklefs.com.