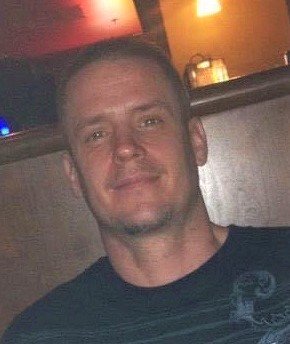 Derek Keith Jones was born on May 21, 1980 in Monroe, Michigan. He was the second child born from the union of Galen Jones and Barbara Thompson. Derek attended Custer elementary then Monroe High School. After graduation, Derek worked as a laborer for various Monroe Companies. He was currently employed, for the past three years, at Northern Packaging in Carleton, Michigan, where he enjoyed working very much. He often spoke fondly of his co-workers and supervisors.

Family was of the utmost importance to Derek. He especially cherished the times he spent with his daughter, Brooke. He was also very excited about becoming a new father to twin girls, with his fiancé Melissa, who is expected to deliver next month. Derek spent a lot of time with his brother, Christian, enjoying many of the interests that they shared, such as playing video games, listening to music, and watching movies. He has a close bond with his younger sisters Chelsea and Mallorie, spending as much time as possible with Chelsea and his nephews. His oldest sister, Catherine, and he were very protective of each other. They also shared the love of Cheeseburgers, especially Big Macs.

Derek would get his spiritual nourishment, not from attending church in a building, but with his private moments with God. He loved Jesus and his favorite scripture was John 3:16.

He enjoyed camping with his daughter and fiancé, hip-hop music, and could always be seen in a Nike hoodie and Nike athletic shoes.

Derek Keith Jones, age 40, passed away suddenly on Monday, October 12, 2020 at 4:28p.m. In addition to his passing, he is preceded by his paternal grandparents and his maternal grandfather.

To send flowers to the family or plant a tree in memory of Derek Jones, please visit Tribute Store
Sunday
18
October