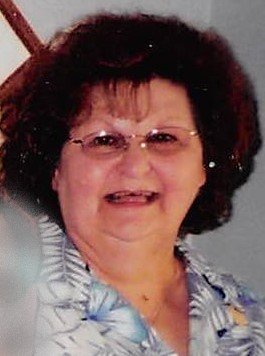 Christine Darnell McLamb was born on April 6, 1941 in Wilmington North Carolina to her parents Leroy McLamb and Bessie McLamb-Clayton.

As a young lady, Christine would enjoy spending days swimming at the beach with her family, attending concerts & dancing with friends.   She had a love of music at an early age from her father’s musical talents.   Her favorite times were when he played the guitar, for she and her sisters where they often sang along.

As a devout Christian, Christine would receive her spiritual nourishment from reading the Holy Bible daily and keeping her Lord close to her heart when she was no longer well enough to attend church.  She found peace with prayer and watching devotional programs on TV that helped comfort her soul.

Christine met and later married Harold Wade Keck on December 18, 1973 in Monroe.   As well as a homemaker, she held several jobs outside the home including Joe’s Pizzeria.

Christine enjoyed volunteering for many years at the Humane Society of Monroe County, where she participated with fundraisers as well as daily care of the animals.  She cherished her own dogs and birds in her home as well.   She loved nature and wildlife, and enjoyed watching the beautiful birds that would come to her nearby feeders.

Christine loves the ocean, reminding her of her childhood and family.  She appreciated the sounds of the waves crashing along the shoreline when she would visit the coast. The nearby Cape Hatteras lighthouse is a fond memory of the shoreline as well.    She enjoyed collecting lighthouses and other seascapes to keep her memories close.

Christine was raised to be a very hard worker and she was fiercely independent. She put her family’s needs above her own.  Her heart was full of generosity and could often be found providing food or any other provisions to those in need as well as the many charities she supported.   It was these exact values she bestowed on her own children.

Christine regularly relaxed with her music, especially country and gospel.

Christine Darnell Keck, age 79 of Monroe was called home to be with the Lord on Tuesday September 8, 2020 at 7:45 am.  She passed peacefully in the comfort of her home surrounded by her loving family after a long courageous battle with cancer.    In addition to her passing she is preceded by her parents: Leroy McLamb and Bessie McLamb-Clayton and one son: William “Bill” Switzer.

As per Christine’s wishes, services are private, and cremation has taken place. Merkle Funeral Service, North, 2442 North Monroe Street, Monroe, Michigan 48162 (734) 384-5185 has been entrusted with her care. Online guests may leave words of comfort and inspiration or share a photo by visiting www.merklefs.com. In lieu of flowers, memorial donations may be made to Humane Society of Monroe County.