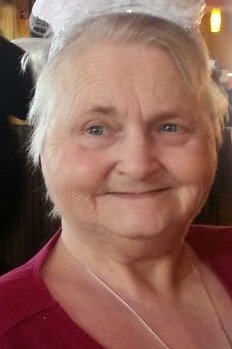 Gladys Darlene Cuykendall was born on May 18, 1944 in Monroe Michigan. She was one of two children born from the union of Leroy and Bertha (Dixon) Cuykendall, Sr.

Happy and content with being a stay at home mom to her six children, Peggy, as she would later become known, would supplement her household income by driving the bus for Mason Consolidated Schools, all while her children were in school, for many years.

Peggy appreciated the time she spent with her grandchildren and became quite the babysitter to them, and she cherished every moment of this “job”. When she was not spending time with her grandchildren, Peggy would gain such delight in playing BINGO, in halls from Toledo to Temperance to Monroe and she was hopeful she would get to shout to win the big jackpot she was chasing.  Being a card shark, Peggy would never miss an opportunity to play a friendly game of progressive Rummy or whatever card game her challenger would suggest.

Peggy, who was a free spirit, looked forward to getting her fortune told and visiting with a medium to hear about her family members who have passed.

Classic country music was always on, especially in her car. She exclusively liked listening to artists to the likes of Conway Twitty, Dolly Parton, Kenny Rogers and even Elvis, all of whom she referred to as the good ones.

Gladys Darlene “Peggy” Richter, age 76 passed away peacefully, at her home in Temperance, on Sunday August 9, 2020 at 8:52p.m., surrounded by her loving children. In addition to her passing, she is preceded by her parents and one brother: Leroy Cuykendall, Jr.

To cherish her memory, Peggy leaves six children: Jackie (Lisa) Richter Jr., of Erie; Robert Richter of Monroe; Gary (Sherri) Richter, Sr. of Monroe; Debbie (Mike) Richter of Temperance; Joy (Barry) Dwyer of Erie and Eric Richter of Monroe; thirteen grandchildren and eleven great grandchildren.Services were private and a Celebration of her life will take place in the near future. Merkle Funeral Service, Erie, 9156 Summit Street, Erie (734) 317-7199 has been entrusted with her care. Guests may leave words of encouragement or share a photo by visiting merklefs.com.