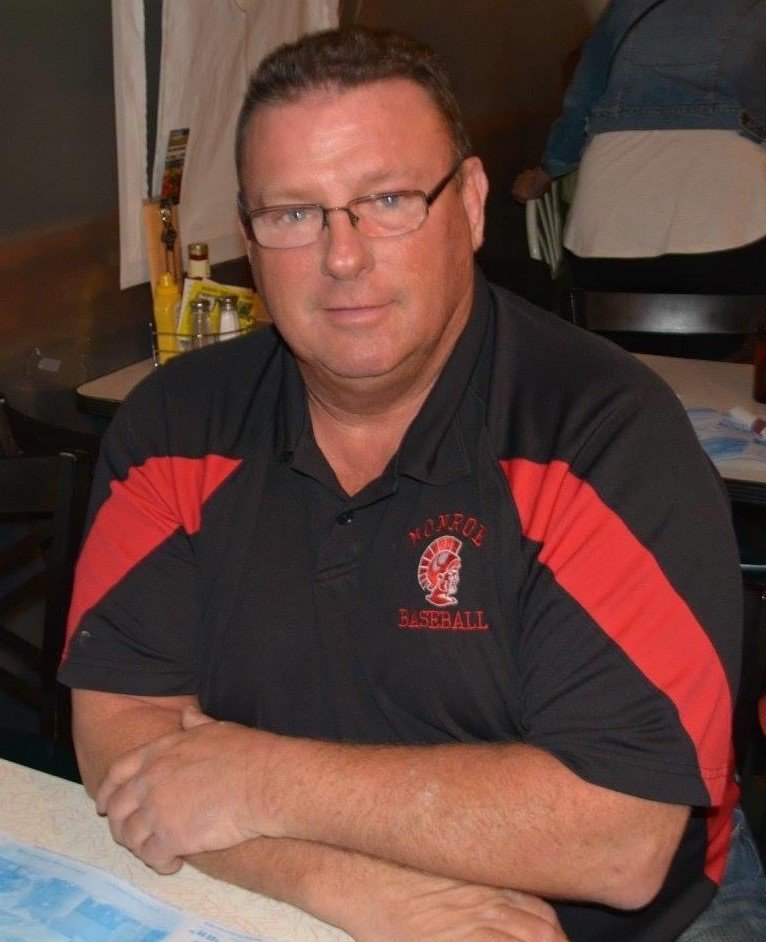 Ronnie Randall Reece was born in Monroe on June 10, 1957.   He was the youngest of two boys born to the union of Jesse C. Reece and Mildred (Sonak) Reece.   Ronnie attended Trinity Lutheran Church and School.   He continued his studies at Monroe High School graduating with the Class of 1975.   He then attended Monroe County Community College where he would play baseball.

Ronnie married the former, Terri Yavorsky, at Trinity Church and the couple would be blessed with the birth of a son:  Jared.   He worked several years at Auto Alliance in Flat Rock until having to take a medical retirement.   It was at this time that he knew he needed more out of life. Suffering from addiction for many years, Ron, sought help from many sources becoming a changed man through Alcoholics Anonymous and its twelve-step program.

Ronnie became a mentor to many young men serving as the Monroe High School Freshman and Junior Varsity Baseball Coach for over 10 years.   He continued to enjoy working many Football, Basketball and Volleyball games at his alma mater through the years. Ron also continued to be active in the Monroe recovery community for the next twenty years as he remained sober himself.   He volunteered at St. Joseph Center of Hope, assisted with the Substance Abuse Coalition, and was previously active with the Monroe Alano Club.   In order to better serve his fellow man, Ron, became a Certified Peer Recovery Coach in 2018.

He took a position with the Family Medical Center as a Substance Abuse Recovery Coach.    Ronnie often put his words into action providing transportation to appointments and even opened his home to those that needed a safe place to rest their head. He was a pillar in the Monroe Recovery Community, helping to lead countless individuals towards Sobriety.

Ron enjoyed camping and had been to many AA retreats.   He loved music, and often traveled to any concert he could make it to in Metro Detroit.  An avid sports fan he always pulled for the Detroit teams and enjoyed Lions season tickets with his Son for almost 20 years.   He was an amazing Papa to his 3 Granddaughters and they became the center of his universe. He never missed a school function, sporting event or theater performance that they had.

Ron’s life became that much sweeter when he recommitted himself to Jesus and was baptized at Elevate Church just a few years ago. He loved volunteering at Elevate as a greeter and welcomed thousands through the doors with a smile, handshake or hug.

Ronnie Randall Reece, age 63, of Monroe passed away on Saturday, July 25, 2020 at University of Michigan Hospital in Ann Arbor.   His passing was preceded by his parents.   To cherish his memory, he leaves a son:  Jared (Janell) Reece of Monroe; a brother:  Dennis Rickie “Rick” Reece of Monroe; and three granddaughters:  Brynn, Jenna, and Jesse Reece.

To send flowers to the family or plant a tree in memory of Ronnie Reece, please visit Tribute Store
Tuesday
4
August