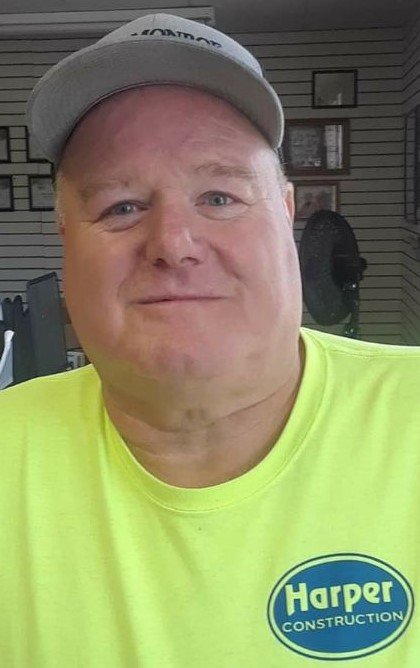 Tony Stephen Harper was born in Monroe on November 11, 1959.   He was the son of the late Elmer and Edith (Seals) Harper.   He attended Erie Mason Schools.

Tony spent his entire life in the construction industry where he would be a roofing specialist.  For many years he was the owner and operator of Tip-Top Roofing.   He later consolidated his operation into Harper Construction and spent the next thirty years of his career working alongside his brother as the Operations Manager of the roofing division.   Unfortunately, after a horrific fall through a roof, Tony, was forced to take a medical retirement in 2019.

It was often said that Tony was “well-liked, but if someone didn’t like him at least they respected him”.   Tony was known to be a “Bar Room Athlete” of sorts.   He enjoying shuffleboard, playing in numerous pool leagues, and loving a spirited game of cards.   A frequent visitor to the Up-Town Bar, a seat would be saved for him at the bar after his passing.

A loyal friend, Tony, could be generous to a fault.   He was willing to give someone in need the shirt off of his back, and he was always willing to fight to defend a loved one’s honor.   Tony cherished the open road and enjoyed riding his Harley Davidson motorcycle.

Tony Stephen Harper, age 60, of Monroe formerly of LaSalle passed away unexpectedly on Saturday, June 27, 2020 at ProMedica Monroe Regional Hospital.   In addition to his parents his passing was preceded by two brothers:  Jimmy Harper and Roger Sellers; and a sister:  Betty Bauer.

To send flowers to the family or plant a tree in memory of Tony Harper, please visit Tribute Store
Thursday
2
July