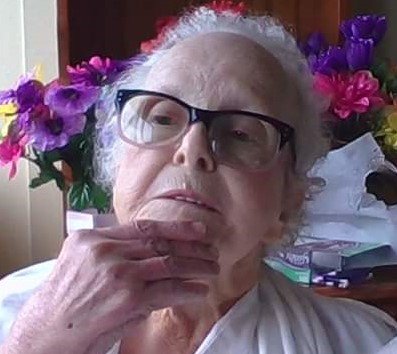 Juanita Coleman was born in Virgie, Kentucky on April 8, 1939.   She was one of seven children born from the union of the late Chauncey and Callie (Thacker) Coleman.   She graduated from Hellier High School in Pikeville, Kentucky.   In 1960, she moved to Cleveland where she would meet her soulmate, William Branson Jones.   The couple moved to Detroit in 1962 and then finally would settle in Carleton in 1973, but not before being blessed with three children of their own.

Juanita was the consummate matriarch of her family.   Small in stature, she could be quite headstrong and stubborn, and was well-known for her toughness.   She, however, had a true passion for children and was the sweetest woman, being a mom to the neighborhood and all her children’s friends.  Working as a waitress and short order cook, she grew to love cooking.   This afforded the opportunity to share recipes for sausage gravy and biscuits and peanut butter fudge with her grandchildren.

Juanita loved all of God’s creations and spent some of her most cherished time on the front porch rocking chair or sitting in the backyard watching the birds and squirrels.

An Irish spitfire, Juanita, enjoyed entertaining guests in her home.   She often broke out puzzles, dice, and card games with which to entertain family and friends.   She also enjoyed reading.

In lieu of flowers memorials are suggested to the Cystic Fibrosis Foundation.   Online guests may visit www.merklefs.com.