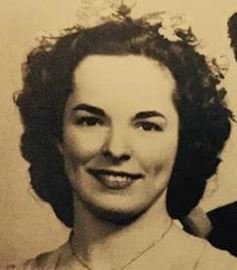 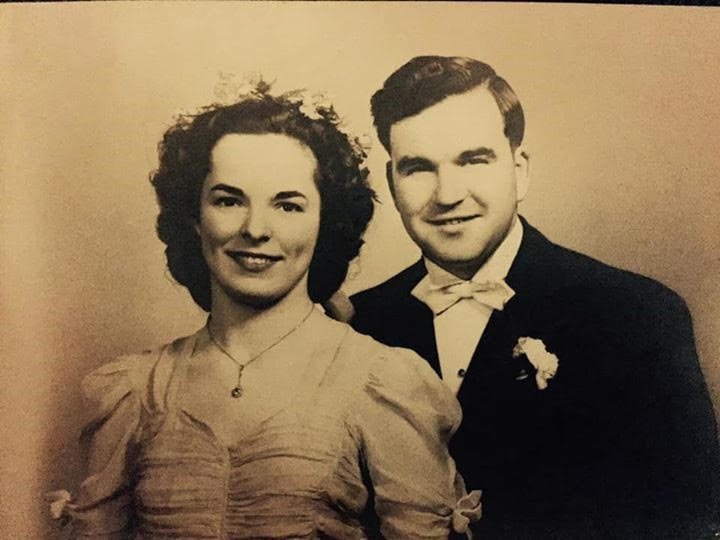 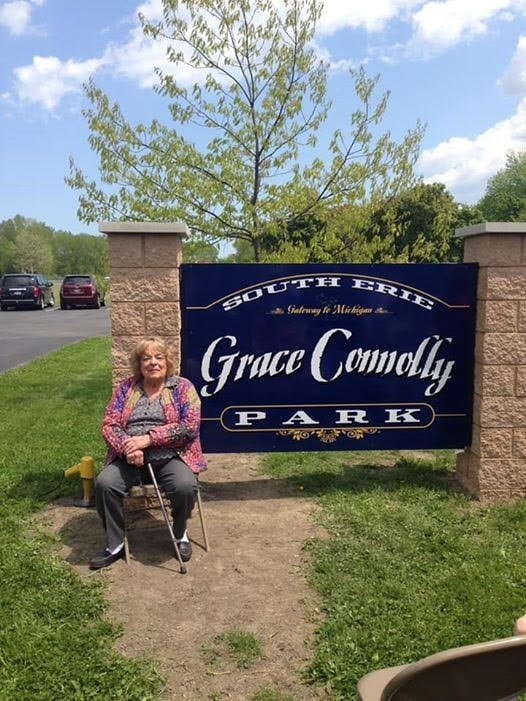 She graduated from Taunton High School in 1940.  During WWII she worked at Metals & Controls.  On November 4, 1943 in Taunton Massachusetts she married Timothy Jerome Connolly.   In 1945, they moved to Tim’s hometown of Dearborn, Michigan and in 1950 moved to Erie where they reared eight children.

Grace was very active in the community serving as President of the Rural Letter Carriers Ladies of Auxiliary of Wayne County (1948/9), Local correspondent for the Monroe evening News late 50s and 60s, Cub Scout Den Mother, Citizens on the Year of Erie, in 2004 she was awarded the Michigan Minuteman Award and was one of the first inductees into the Mason Hall of Fame.

Grace was a member of the Erie VFW Post 3925 Ladies Auxiliary from 1951 to present, was President in 1956/7;  Youth Activities Chairwoman for 40 years, where she won 15 state awards for best overall Youth Activity Chairwoman, active member of the PTA’s of Erie St. Joseph Catholic School, Mason Elementary, Junior and Senior High School, Member of the Mason Board of Education from 1974 to 1994, where she held positions as trustee, Vice President, and Treasurer  She also organized and raised money for Kits for Kids from 2000 – 2004.

She loved quilting and taught quilting classes for Mason Adult Education for 20 years, started the Mason Summer Family Swim Program in 1967, was elected to the Erie Park and Recreation Commission in the 1960’s, served as President for 13 years, she wrote and received a grant to create and developed the 20 acres for South Erie Park, which was renamed in 2014 to the South Erie Grace Connolly Park in her honor.

On their 50th wedding anniversary (1993) they started the Connolly Scholarship Fund, which is given to a Mason graduating senior every year.  She was a member of the Nickerson Family Association (Cape Cod, Massachusetts).  In 2003, she was Monroe County Fair Homemaker of the Year and placed 3rd at the Michigan State Fair the following year.

She was preceded in death by her husband, parents, stepfather Prescott Martin, brother Leonard Andrews and daughter Florence Grace Connolly.  Her son Francis Connolly passed away on February 15, 2021.

Friends may gather from 10:00am until the Mass of the Ressurection at 11:00am on Friday; April 30, 2021 at St. Joseph Catholic Church, 2214 Manhattan Street, Erie, Michigan 48133.   Procession will follow to St. Joseph Cemetery for burial.   Merkle Funeral Service, Erie;  9156 Summit Street, Erie, Michigan 48133 (734) 317-7199 has been entrusted with her services. Online guests may leave words of comfort and inspiration or share a photo by visiting www.merklefs.com.

To send flowers to the family or plant a tree in memory of Grace Connolly, please visit Tribute Store
Friday
30
April

Mass of the Resurrection for Grace Florence Connolly