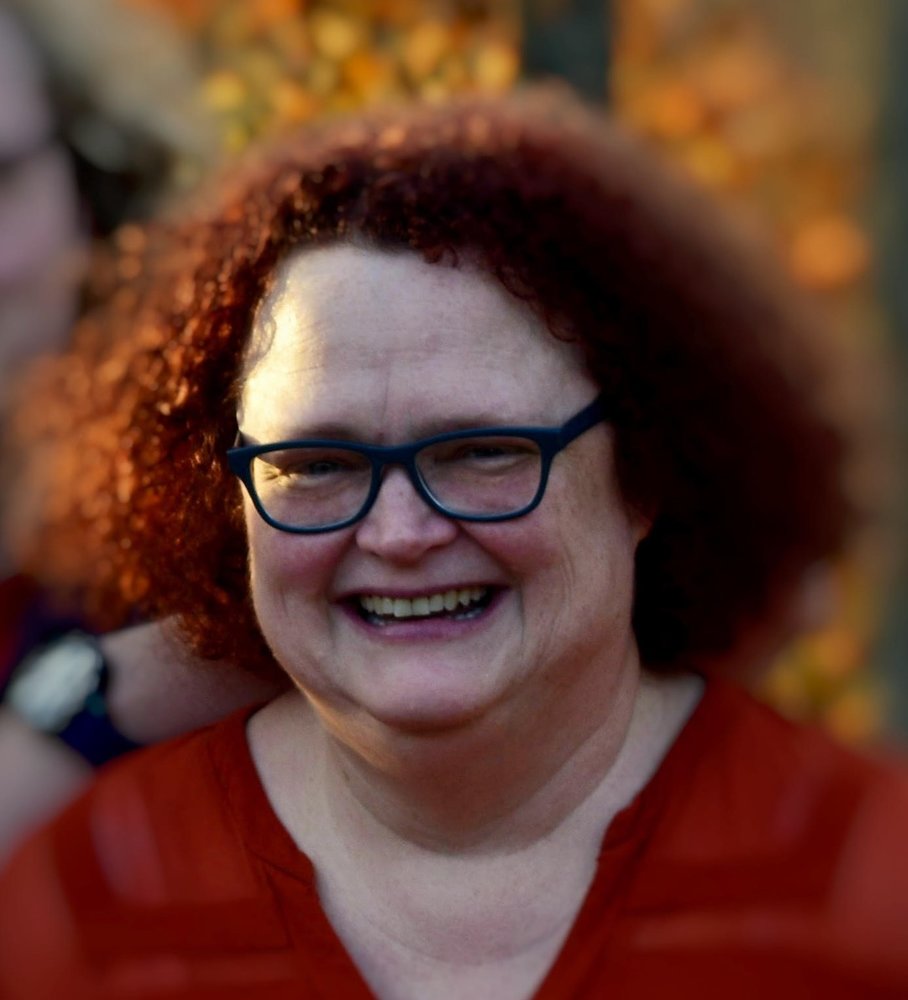 Penelope Esther Kazmierski was born in Grand Forks, North Dakota on June 22, 1966.   She was one of five children born from the union of Merlin Petersen and Doris (Wacker) Petersen.   Growing up in a home with Christian Missionary parents, Penny became rooted strongly in her own faith.   Because of the rigorous requirements of her parents calling the family lived in many different communities.   Penny would graduate from Kodaikanal International High School.  She would later attend Valaparaiso University in Indiana earning her Bachelor Degree in International Communications in 1989.

She married Kurt Kazmierski on October 16, 1993 in Lombard, Illinois.   From this union would come the birth of two children:  Katrina and Sean.   For many years, Penny cared for the needs of her husband and children as a homemaker.   She was diligent in her responsibilities and her children warmly referred to her as “Mama Llama”!

Penny had a lifelong love for learning and reading.   She had many varied interests and often read books with Science Fiction and Fantasy being her favorite.   For the past fourteen years, Penny had been employed by Monroe County Library System first as a Library Clerk and later worked at the Daume Distribution Center overseeing inter-library loans and the book club.

Penny enjoyed travel, she loved to visit the tropics and had expressed her desire to one day even have a home there.  Her favorite place to visit was the Caribbean and Jamaica.   It should come as no surprise that Jimmy Buffet would be her favorite musical artist.

Penny was a self-described hermit.   Although, she made friends wherever she went and actually quite easily, she truly was just as happy to stay to herself in the comfort of her own home.   Staying true to her faith she had attended Grace, Zion, and Trinity Lutheran Churches while living in Monroe.

Penelope Esther “Penny” Kazmierski, age 53, of Monroe passed away unexpectedly at home on Sunday, January 12, 2020.   Her passing was preceded by a nephew:  Lucas Petersen.

Memorials in Penny’s honor for those who desire are suggested to the Monroe County Library System or Susan G. Komen For the Cure.   Online guests may leave words of inspiration and comfort or share a photo by visiting www.merklefs.com.

To send flowers to the family or plant a tree in memory of Penny Kazmierski, please visit Tribute Store
Friday
17
January