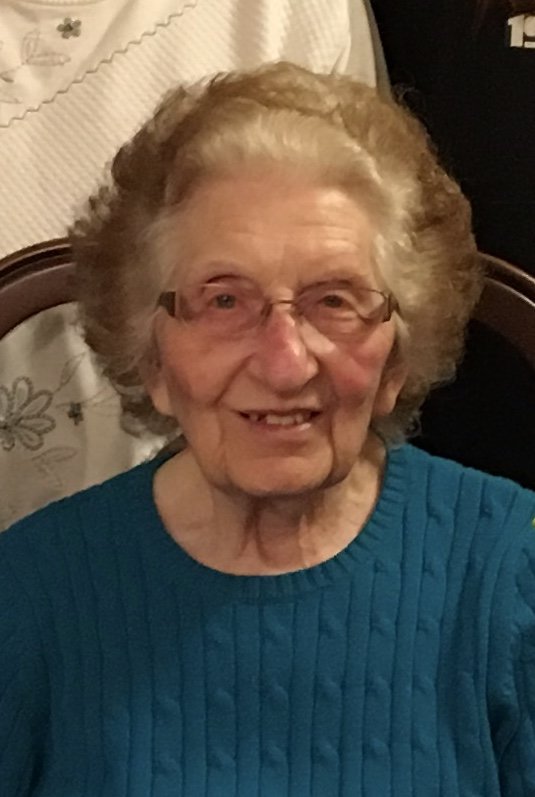 Imogene “Gene” Chapman was born in River Township, North Carolina on March 5, 1925.   She was the oldest of sixteen children born from union of the late James and Wonnie (Mathis) Golden.   To support the war effort, Gene, worked in Oakridge, Tennessee as an “Atomic Girl”.   It was there she met her first husband.

Later in 1964, Imogene would marry the love of her life, Lindsay John Chapman.   For many years the couple would worship at Ecorse Church of God.   Gene was a devoted homemaker caring for the needs of her husband and children.   She loved playing the piano and singing.   After retirement, Gene and Lindsay would often travel South to Tennessee.

Imogene loved being outside gardening and tending to her yard.   She was an excellent cook and guests could be sure that she had something on all the time with chicken and dumplings and soup beans being specialties.   Gene was blessed with many grandchildren and she especially cherished the time she shared with them.

Friends may gather from 11:00am-1:00pm on Tuesday, January 14, 2020 at Merkle Funeral Service, North Monroe; 2442 North Monroe Street (734) 384-5185.   A Celebration of Her Life will follow at 1:00pm also at Merkle’s with Pastor Kevin Spencer of Monroe First Church of God officiating.   Procession will follow to Roselawn Memorial Park in LaSalle for burial.

Memorials are suggested to the Alzheimer Association. Online guests can leave a word of inspiration or comfort or share a photo by visiting www.merklefs.com