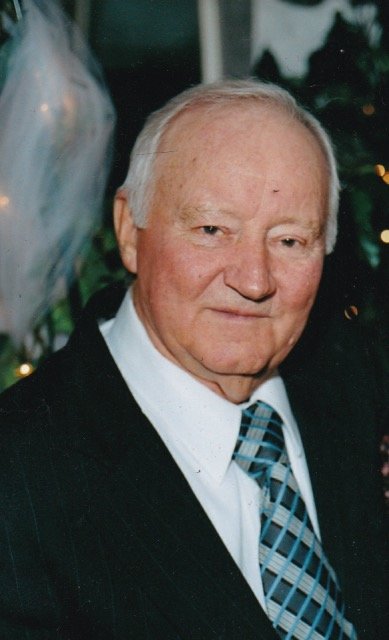 John Wesley Chittum, 89, a longtime resident of Monroe, Michigan passed at his home on Monday, December 2, 2019.

Friends may gather from 4:00pm until 8:00pm on Sunday, December 8, 2019 at Merkle Funeral Service, South Monroe; 14567 South Dixie Highway, Monroe (734) 241-7070 where a Masonic Service will be held at 7:00pm led by members of the Monroe Lodge 27 Free and Accepted Masons.   A Celebration of His Life will be held at 11:00am on Monday, December 9, 2019 also at Merkle’s with Pastor Bob Wood of Heritage Baptist Church officiating.   Procession will follow to LaSalle Township Cemetery, located on Swartz Road between Telegraph and South Dixie Highway, for burial.   Graveside services will be under the auspices of Monroe Veterans of Foreign Wars Post 1138.

Born October 29, 1930 in Tazewell, Tennessee, John was the son of the late Fred and Georgia (West) Chittum.   He married Eva Jane Mason on August 19, 1953.   From this union came three children:  Johnny, Cindi, and Ron.   He was employed by McClouth Steel, retiring at the age of 65 as the Blast Furnace Supervisor.   John was an accomplished brick mason and many homes, buildings, and projects in Monroe County were proudly bricked by him.   After retiring he continued to work as a Quality Liason for Browning Refractory until the age of 83.   He had served in the United States Army during the Korean Conflict.   During his enlistment he was ordered by the United States Government to witness A-Bomb testing in Yucca Flats, Nevada in 1952.

His passing was preceded by his parents; his brother: Lester Chittum; sister:  Claudia (Jim) Bryant; and his granddaughter:  Eliza Grace Murphy.

Memorials for those who desire are suggested to Heritage Baptist Church of Monroe.   Online guests may visit www.merklefs.com.