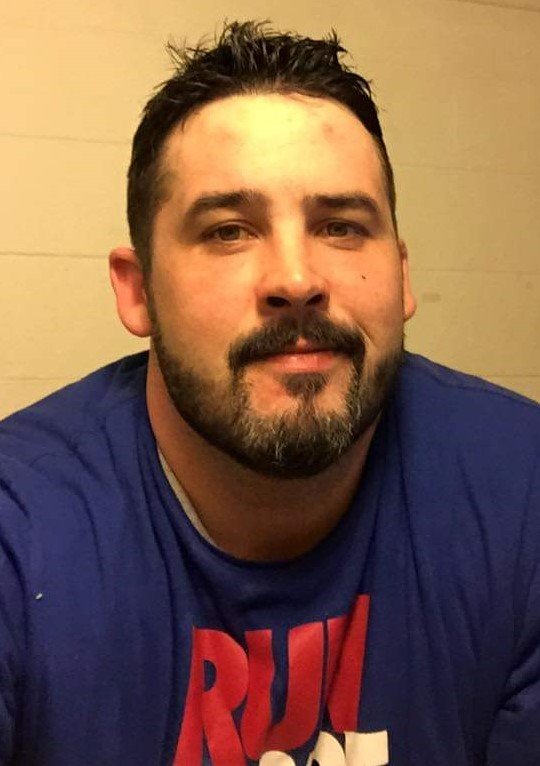 Kyle Daniel McClain was born in Monroe, Michigan on April 28, 1981.  He was one of three children born from the union of the late Gary Lee McClain and Mary Louise (Brenningstall) McClain.   Kyle attended Erie Mason Schools graduating from Mason High School with the Class of 1999.

He married Mary Close in 2006 in Toledo, Ohio.   They were blessed with two children:  Lucia and Tyler.   More than anything, Kyle’s children were the most important thing in his life.   He was a great father, always telling his children how much he loved them.   Kyle provided for his family working various jobs throughout the years.

Although, Kyle and Mary would separate in 2013, the couple remained very close.

Kyle had a great sense of humor.   He was extremely smart and strong willed.   He would regularly spend hours debating with family and close friends.   Along with being very persuasive, Kyle was a gifted and captivating story-teller.   He made friends wherever he went and always managed to be the center of attention.   Kyle struggled with addiction throughout most of his adult life but had recently made huge strides in his recovery.   He had found his faith in Christ and he avidly read the Bible.

Kyle Daniel McClain, age 38, of Monroe passed away unexpectedly at his home on Friday, November 8, 2019.   In addition to his father his passing was preceded by his grandfather:  James McClain.

In lieu of flowers, contributions are suggested Mary McClain to assist his children.   Online guests may leave words of inspiration and comfort or share a photo by visiting www.merklefs.com.