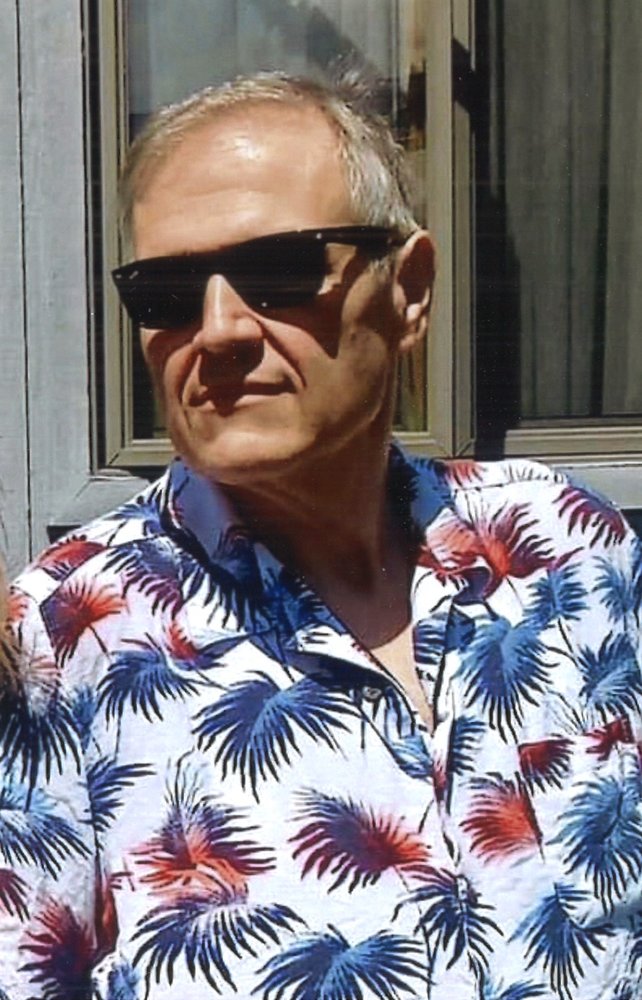 Marc Glenn Ferguson was born in Monroe, Michigan on February 19, 1962.   He was the son of the late Stanley Mark and Arlene Rose (Krueger) Ferguson.   Marc attended Trinity Lutheran Grade School and graduated from Monroe High School with the Class of 1980.   He then attended Central Michigan University obtaining a Bachelor’s Degree in Broadcast Communications in 1984.

He married the love of his life the former Terry Johnson at Trinity Lutheran Church on September 14, 1991.   The couple would be blessed with three children:  Zach, Mackenzie, and Seth.   Marc worked hard to care for the needs of his family, but never lost sight of what was most important.   He was Property Manager for Frenchtown Villa for ten years, and then worked seven more years in the rent-to-own industry for Rent-A-Center and Aarons.   Marc then served as the General Manager for U-Haul in Monroe for thirteen years retiring in 2019.

It had recently been said that Marc had a voice bigger than God himself, and those that knew him best would agree that his heart was just as large.   He was the epitome role model, an example of faith to all of those around him.   Even as he weathered the effects of battling cancer it gave him the time to refocus on what mattered most to him, being a wonderful husband, gracious father, beloved brother, a favorite uncle, and faithful friend.   Marc was active in his church for many years and had served on Church Council.

In so many ways he was selfless, always looking for ways to do for others.   Marc loved music, and he enjoyed attending concerts with Mercy Me and Elton John being two of his favorite artists.   He had also hosted a local public access radio show on Rewind 94.3 FM.   Marc enjoyed traveling and had frequented Traverse City many times over the years.   His own Facebook page, Fight With Ferg, created to keep others up to date with Marc’s health status, not only became a way to keep friends connected but a way to continue paying it forward.

Marc Glenn Ferguson, age 57, of Monroe was called home to his Lord on Sunday morning, October 6, 2019.   In addition to his parents his passing was preceded by two sisters:  Gayle Shaw and Cynthia Poff; and two brothers-in-law:  David Shaw and William Poff.

To celebrate Marc’s life, friends are invited to gather from 2:00pm until 8:00pm on Wednesday, October 9, 2019 at Merkle Funeral Service, North Monroe; 2442 North Monroe Street (734) 384-5185.   The family would encourage those in attendance to wear their favorite “Fight with Ferg” swag.   He will lie in state from 10:00am until a Funeral Service at 11:00am on Thursday, October 10, 2019 at Trinity Lutheran Church, 323 Scott Street, Monroe, Michigan 48161.   Procession will follow to Roselawn Memorial Park in LaSalle.   His final resting place will be in the Butterfly Garden.

In lieu of flowers, memorials are suggested to Trinity Lutheran Church “Here We Stand Too” or to the Wishes of the Ferguson Family.   Online guests may leave words of inspiration and comfort, or share a photo by visiting www.merklefs.com.