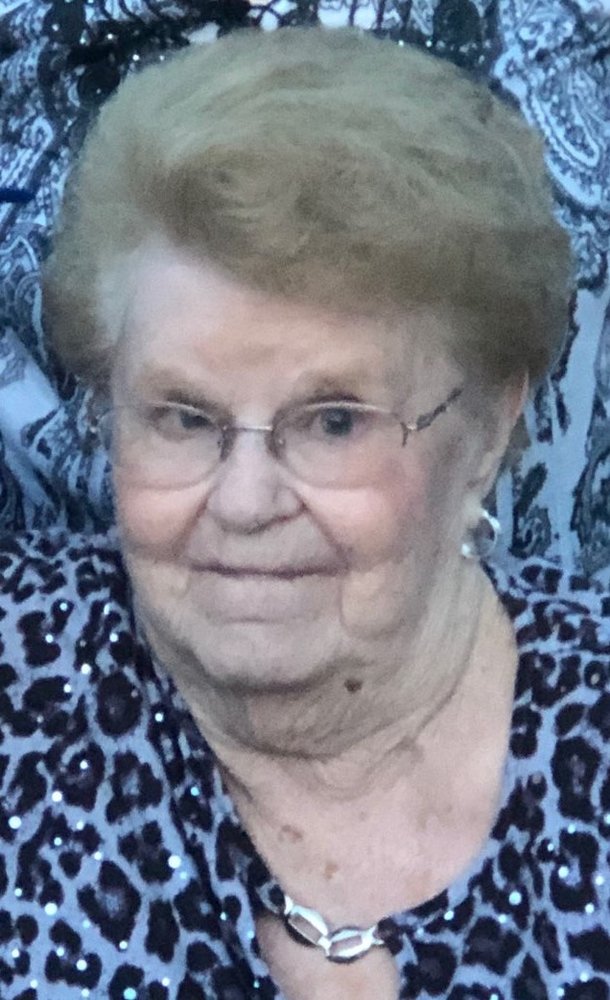 Evelyn Charmayne Simmons was born in Middlesboro, Kentucky on September 20, 1935. She was one of two daughters from the union of the late Roy and Oppie (Fuson) Simmons. She was part of the 1953 graduating class of Monroe High School.

Evelyn married the love of her life William Colpaert on April 21, 1956 at Monroe Missionary Baptist Church.  Together the couple would be blessed with three children.   Evelyn stayed busy caring for the needs of her family as a homemaker while also working as a lunch aide/ticket seller for Manor Elementary School for more than thirty years.   She was a constant fixture in her children’s lives and later attended all of her grandchildren’s sporting events, as well.

As a young woman, Evelyn participated in many bowling leagues.   She also enjoyed attending the Monroe County Fair.  Evelyn loved going out to eat with Cracker Barrel and Bob Evans being two of her favorites.   She will most be remembered for her relationship with sister, Wilma.   The two were a “Thelma and Louise” of sorts enjoying carpooling her grandchildren and their friends after school and taking long car rides, especially to Gatlinburg, Tennessee.  Evelyn had also enjoyed visits to Florida.

Evelyn, age 84 of Monroe, passed away at ProMedica Monroe Regional Hospital under the care of ProMedica Hospice on Thursday, October 3, 2019.   In addition to her parents, her passing was preceded by her beloved husband; a son: Roy; brother-in-law:  Frank Chapman; her in-laws: George and Alice Gallop; and her brother-in-law and sister-in-law: Clarence and Betty Sharp.

Friends may gather from 2:00pm until 8:00pm on Sunday, October 6, 2019, at Merkle Funeral Service, North Monroe; 2442 North Monroe Street (734) 384-5185.  A Celebration of Her Life will take place at Merkle’s on Monday, October 7 at 11:00am.   Pastor Larry Head of Lakeside Missionary Baptist Church, her cousin, will officiate.   Procession will follow to Roselawn for burial.

Evelyn’s family wishes to express their appreciation to the ProMedica Hospice Team, as well as the nursing staff of the 3 South ward at ProMedica Monroe.  A special thank you is also extended to Melissa at Medilodge of Monroe for adopting Evelyn as a grandma.

Gathering of Family and Friends