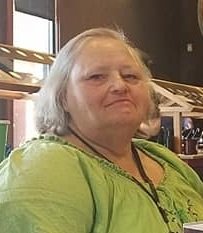 Virginia Diana Clark was born in Sikeston, Missouri on July 1, 1948. She was one of five children born from the union of the late Wallace Murphy Horton and the late Edith Virginia (Price) Horton. Virginia graduated from Anchor Bay High School in 1966 and went on to complete several college courses.

Virginia worked for the Michigan Department of Corrections as a corrections officer for 26 years, retiring in 2004. She was well respected by fellow employees as well as inmates of the various facilities she worked at during her career. Virginia also raised her son Philip as a single parent from the time he was three years old. She loved being home. As Philp was growing up, one of their favorite activities was watching TV together. She was always Philip’s best friend. Virginia was a great mom and was always there for Philip and the rest of the family.

Virginia stayed active in her church, attending many locations throughout her life. She loved to sing, just as she did when she was in high school. More than anything, Virginia loved her family. She was particularly fond of Christmas and getting together with her grandchildren and great grandchildren. Virginia had a strong affection for dogs as well. “Dude” was her favorite, a Japanese Chin. Virginia is remembered by her family not only for her generosity; She was very compassionate in everything she did and instilled this in all her family.

Virginia Diana Clark, age 71, of Newport passed away at her home on Friday, September 6, 2019. Her passing is preceded by her parents: Wallace Murphy Horton and Edith Virginia Horton; her brothers: Larry Horton and Randy Allen Moore; her sister-in-law: Karen Horton; and her husband.

Private services are planned for a later date.