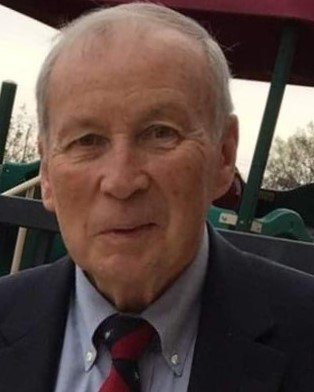 Robert Lee Howe was born in Monroe, Michigan on October 30, 1936.   He was the son of the late Ernest William Howe and the late Bonnie Jewel (Hall) Howe.   Bob, as he was called, grew up in Azalia and attended Dundee Community Schools graduating from high school in 1954.   He enlisted in the United States Navy in March of 1955.   Bob honorably served his country while being trained as an aircraft mechanic being an Aviation Machinist Mate Second Class.   He was honorably discharged in February of 1959.

Bob obtained further education at the Northrop Institute of Technology receiving certificates in aircraft and power plant technology in 1962.   From 1966 until 1968, Robert was employed by Continental Air Services in Saigon, Vietnam working as an aircraft inspector.   He worked from 1968 until 1983 for Continental Airlines in Los Angeles, California as a Project Planner, Field Station Coordinator, and finally as a Senior Aircraft Maintenance Planner.   He then moved to Memphis, Tennessee where he took employment with Federal Express.   For FEDEX, he worked as a Senior Maintenance Program Planner and Senior Project Management Specialist, retiring in 2003.

Bob enjoyed his time spent with family and friends, and made a positive impact on everyone he met.  He valued promptness, productivity, and most of all integrity.  He took care of himself by working out regularly and enjoyed golfing often.   Bob enjoyed travel and had been fortunate to see much of the world between his work experience and vacation.

Robert Lee Howe, age 82, of Cordova, Tennessee passed away at 2:11am on Saturday, August 24, 2019 at Baptist Reynolds Hospice House in Collierville. To cherish his memory Robert leaves a son:  Paul (Ashley) Clack of Memphis, Tennessee and two grandchildren:  Carter and Emmi Clack.

Friends may gather from 1:00pm until 3:00pm on Wednesday, August 28, 2019 at Merkle Funeral Service, Dundee; 297 Tecumseh Street, Dundee, Michigan 48131 (734) 529-3156.   A Celebration of His Life will follow at 3:00pm also at Merkle’s with Reverend Dr. William Michael Clemmer officiating.   Procession will follow to Azalia Cemetery for burial where graveside services will be under the auspices of Dundee Veterans Memorial Honor Guard.

To send flowers to the family or plant a tree in memory of Robert Howe, please visit Tribute Store
Wednesday
28
August