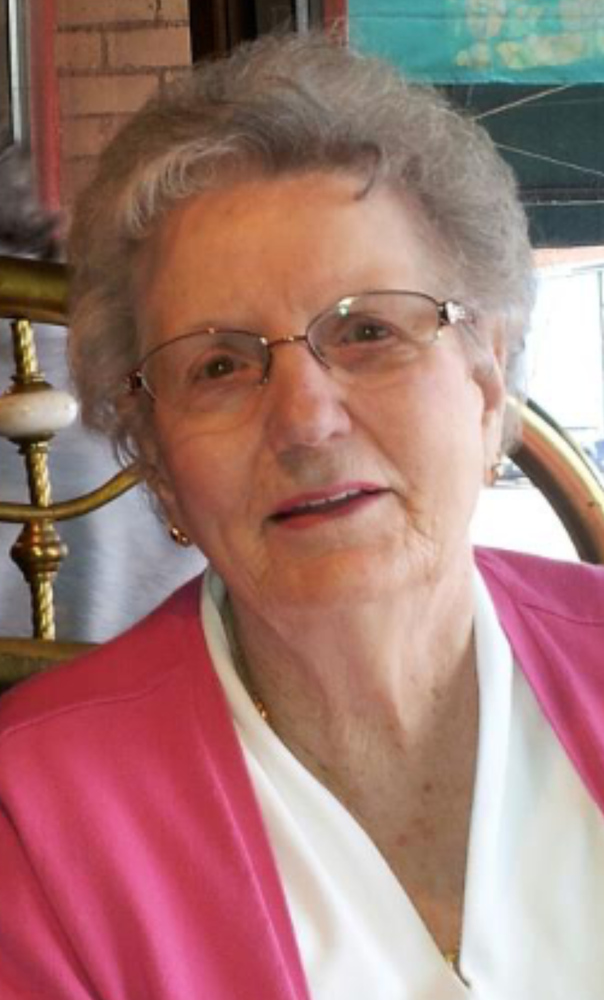 Juanita Pierce was born in Arthur, Claiborne County, Tennessee, on July 12, 1930.   She was the daughter of Claude Gibson and Ellen Nora Pierce.  She attended school at Cumberland Gap, Tennessee.

Juanita married Dan Minton in 1946. They would move from Kentucky with their three small children to Monroe in 1951, where they would have two more children to complete their family.  Living on the city’s East side their home was always open to their friends. They both had a great sense of humor, quick wit, and great personalities. People just liked to be around them. She was affectionately called “mom” by many throughout her life. The whole neighborhood played horseshoes in their front yard, but nobody could beat Dan and Juanita as a team.

Juanita had always been a people person; she never met a stranger. She always greeted everyone with her sweet smile and positive attitude.  She was even affectionately called “Mamaw” by many of her caregivers at the nursing home.

For more than twenty-five years, Juanita worked as a waitress in Monroe, beginning at The Park Hotel in Downtown Monroe in the 50’s and retiring from Dino’s in the late 70s.  After retirement, Juanita would spend several years in food service at Monroe Public Schools.

On November 15, 1970, she married Milton J. Poupard Sr. in Monroe.    The couple enjoyed golfing, traveling, taking cruises, and they especially loved their trip to Hawaii.

Juanita was an avid bowler for both The Sports Center's and Nortel Lanes' Classic Leagues for about fifty years and had traveled the country participating in many tournaments.   She also spent a lot of time gardening and canning, working jigsaw puzzles, and visiting flea markets.

Milt and Juanita would eventually find a lakeside retreat in Quincy, which became their summer destination.   They enjoyed fishing and cruising Marble Lake on their pontoon.   But there was nothing she enjoyed more than being with and cooking for her children and grandchildren. Juanita was the matriarch of five generations.

In 2005 Juanita accepted Jesus as her Savior and was an active member of the North Monroe Street Church of God, until her stroke in 2013.  She especially loved Pastor Rick's Prime Timers Bible Study and her church friends.

Juanita, age 88, passed away at Medilodge of Monroe on Friday, May 31, 2019, surrounded by her loving family.  In addition to her parents, her passing was preceded by her husband, her son Danny Minton Jr., daughter-in-law, Ronda Minton, sister, Geneva Call, brother Teddy, and grandson, Jared McKeone .