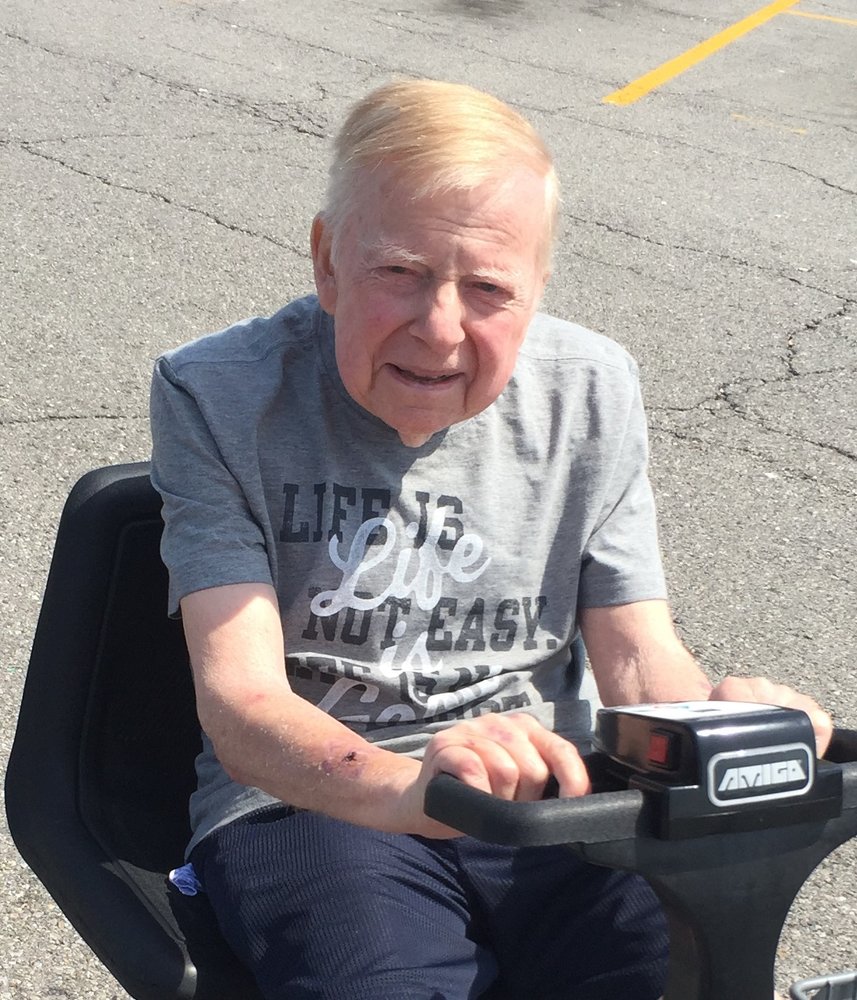 Ronald Henry Lensky was born on August 14, 1939 in Detroit, Michigan. He was the only child born from the union of his parents: the late Henry Lensky and the late Valda (Masserant) Lensky. After graduating High School, he furthered his education receiving his Associate Degree in Science.

Ron was a devoted member of St. Charles Borromeo Catholic Church in Newport. He was very active with the church and belonged to the St. Charles Dad’s Club. He pursued a career as a sprinkler engineer, working for VanGuard Design Sprinklers and Dynamic Fire Protection, where he worked for many years until retiring in 2015.

Ron was an avid boater who spent countless hours on the water. He was a dedicated member of the Swan Boat Club where he made many lasting friendships. He enjoyed a well- kept yard and made sure everything was meticulously kept.  He was a natural dog lover and enjoyed the company of his four-legged companions: Heidi, Misty and Holly. In his spare time, he enjoyed the outdoors by playing hockey, riding snowmobiles and dabbling in photography. He also looked forward to nights with friends and family playing cards.

His kind heart shown through with everything he did. His parents meant the world to him and he made sure they were well taken care of until their passing. When his health declined, caregivers provided 24-hour care to ensure Ron was well taken care of. His compassionate nature and kind personality are just a few things that will be deeply missed by his family and friends.

Ronald “Ron” Henry Lensky, age 79, of Newport, passed away peacefully on Tuesday, May 28, 2019 under the care of hospice. His passing is preceded by his parents.

Friends may gather for a Memorial Mass on Monday, June 3, 2019 at 10:30am at St. Charles Catholic Church, 8125 Swan Creek Road in Newport to be officiated by Father Henry Rebello. Procession will follow to St. Charles Cemetery for burial.

Memorials for those who wish are suggested to the St. Charles Borromeo Catholic School. Online guests may leave words of inspiration and comfort or share a photo by visiting our website at www.merklefs.com.