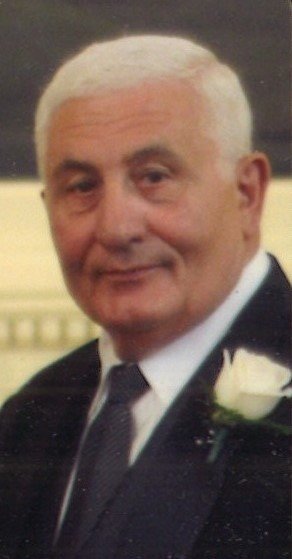 Frederick Paul Doederlein was born in Monroe on November 11, 1945.   He was the youngest of two children born from the union of the late Edward Aaron Doederlein and the late Mathilda (Held) Doederlein.   Fred was a 1964 graduate of Monroe High School and later continued his studies at Monroe County Community College earning an Associate of Science Degree.

He married the love of his life, the former Shirley Cline, on June 18, 1966 at Trinity Lutheran Church in Monroe the Rev. Herbert Fehner officiated.   The Couple would be blessed with eight children, and had also served as foster parents for thirty years, receiving an award for “Foster Parents of the Year”.

Fred was an extremely hard worker and provided for his family in several ways all while farming his seventy-five acre homestead.   He began employment with the La-Z-Boy Chair Company.   He then would work many years at Ford Motor Company in Woodhaven where he was a welder repairman and maintenance supervisor.   He had also worked at the Rouge Plant as a consultant.  Fred had served as a counselor for Boysville and at Maxey Corrections Facility in Pittsfield.   He was also the owner of Tri-County Pools.

Fred was a member of Trinity Lutheran Church serving on the Board of Social Concerns and with the PTO.   A past Monroe Jaycee, he had been chosen “Outstanding Jaycee of the Year”. Fred enjoyed golfing with the Ford Retirees, helping with the Special Olympics, and was a member of Duck’s Unlimited assisting with the annual banquet.   He loved to spend time with his grandchildren, and many wonderful memories were made while motorhome camping.   One thing that was certain is Fred’s gift of conversation, he never knew a stranger.

Fred, age 73, of Monroe passed away at home on Wednesday, May 1, 2019 under the care of Careteam Hospice.

Memorials for those who desire are suggested to Special Olympics or Ducks Unlimited.   Online guests may visit www.merklefs.com.