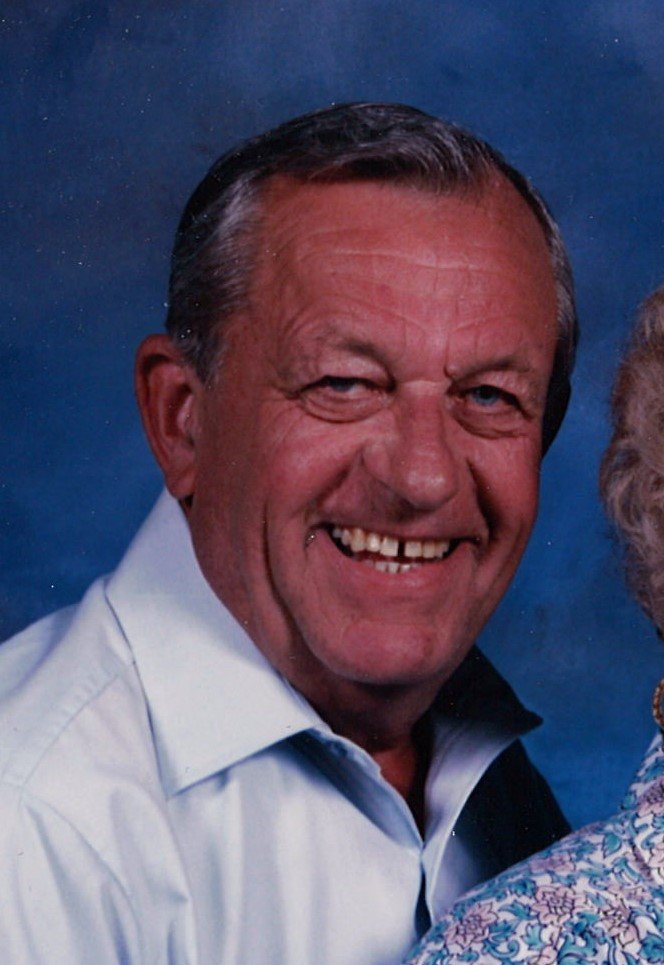 James Henry Ginther was born on April 7, 1929 in Erie, Michigan. He was one of six children born from the union of his parents: the late George Ginther Sr. and the late Mercedes (Cousino) Ginther. He enlisted in the United States Army and proudly served his country until he was honorably discharged in December of 1952.

He would meet the love of his life: the former RuthEllen Iott and they married on August 16, 1980 in Erie. Together, they enjoyed going on cruises and traveled to many destinations, including the Caribbean Islands. They especially loved countless trips to Kelley’s Island with friends and family.  James was a member of the St. Joseph Catholic Parish, where he also attended grade school.

James was a skilled woodworker and built countless dollhouses that he donated to St. Joseph Catholic Parish to be raffled off.  One of his dollhouses is displayed at The Ronald McDonald House in Toledo. He enjoyed bowling on a railroad league as well as golfing with family and friends. He was always pleasant to be around, which made it easy for him to make lasting friendships.

Above anything, James was a family man. He was a loving husband and father and throughout his life remained close with his siblings. His fun-loving personality and kind nature are just a few things that will be deeply missed by his family and friends.

James Henry Ginther, age 89 of Erie, passed away on Saturday, April 6, 2019 at Hospice of Northwest Ohio in Toledo. In addition to his parents, his passing is preceded by his sisters: Virginia Long and Mary Rainey; and his brothers: George Ginther Jr. and Eugene Ginther.

He leaves behind his beloved wife of 38 years: RuthEllen Ginther; his son: Bradley Ginther; his sister: Carolyn Martin and many nieces, nephews, extended family members and friends.

Family and friends may gather on Saturday, April 13, 2019, beginning at 11:00 a.m. until a Mass of Resurrection at 12:00 noon at St. Joseph Catholic Parish, 2214 Manhattan Street, Erie, MI 48133.  A procession to St. Joseph Cemetery will take place immediately following the service for burial.  Arrangements have been entrusted to Merkle Funeral Service, 9156 Summit Street, Erie, MI (734) 848-5185. Memorial donations are suggested to St. Joseph School in Erie in lieu of flowers.

Online guests may leave words of comfort and inspiration or share a photo by visiting our website at www.merklefs.com.