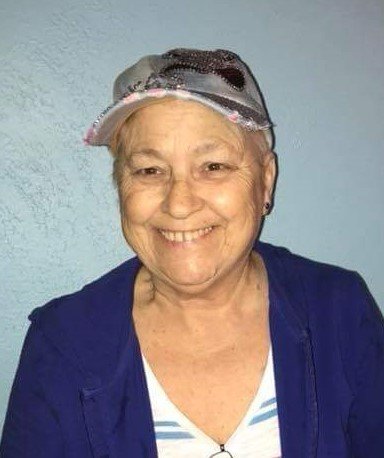 Pamela Marchelle Van Pelt was born on January 19, 1955 in Toledo, Ohio. She was one of four children born from the union of her parents: the late Donald Van Pelt and the late Alice (Kreps) Van Pelt. She received her education by attending Mason High School and graduated with the class of 1973.

Pamela met the love of her life: Douglas C. Sortor and they were married on March 16, 1973 in Erie, Michigan. They decided to start a family of their own and were blessed with four beautiful daughters. To support her growing family, she worked as a Certified Nursing Assistant. Her caring nature shown throughout her entire life and she devoted her life to taking care of others. After her brother and sister in laws unexpected passing, she raised their daughters as her own adding to the joys in her life.

She spent countless hours outdoors fishing, hunting, gardening and working in her flower beds. She enjoyed doing crafts alongside her grandchildren and always made sure to keep them occupied. She was a natural animal lover and enjoyed the companionship of her dog: Sage and was an avid bird watcher.

Above anything, Pamela was a woman devoted to her family. She made sure they were well taken care of and was always everybody’s “go to” for advice on everything. She was a great cook and taught her daughters everything she knew about cooking, baking and canning.

After 30+ years in the health field, she retired from Wellsprings Lutheran Home in Monroe in July of 2017. Shortly after she was diagnosed with cancer and spent as much time with her family as she could cherishing every moment with them. To know Pamela was to love her and there will forever be a void in the hearts of everyone she knew. She will be deeply missed.

Pamela Marchelle Sortor, age 64, passed away on Thursday, March 28, 2019 surrounded by her family. Her passing is preceded by her daughter: Marchelle Renee Sortor, her brother and sister in law: Donald (Helen) Van Pelt and her parents.

Family and Friends may gather on Saturday, March 30, 2019 from 2:00pm until a Celebration of Her Life at 7:00pm at Merkle Funeral Service, Erie 9156 Summit Street, Erie, MI (734)848-5185 to be officiated by Pastor Kenneth Steffes from Luna Pier Baptist Church. Burial will take place privately at Roselawn Memorial Park in LaSalle.

In lieu of flowers, memorial donations are suggested to the family to help with funeral expenses. Online guests may leave words of comfort and inspiration or share a photo by visiting our website at www.merklefs.com.