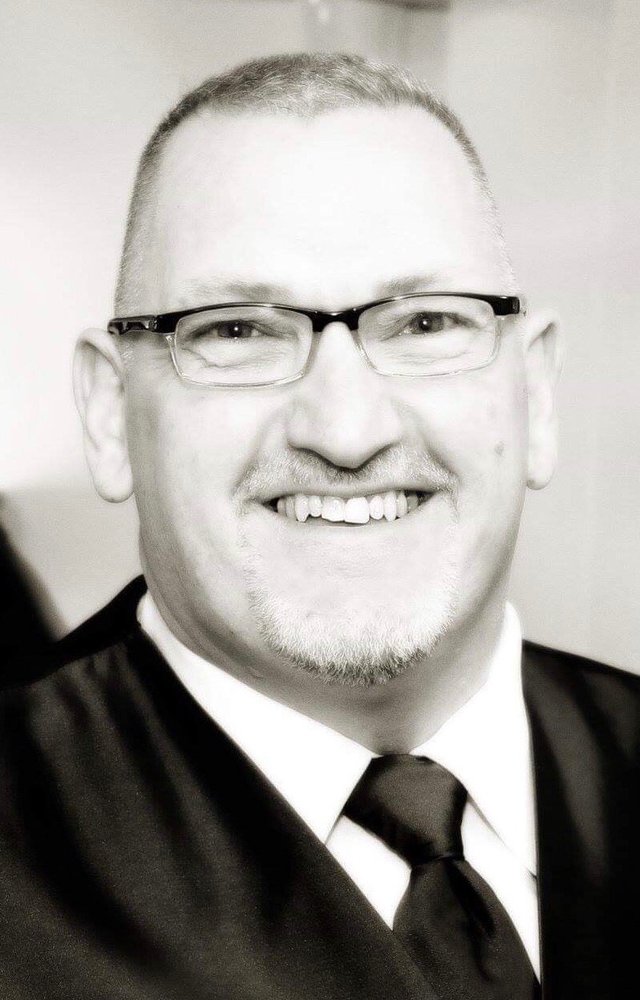 Edward Arthur Satkowski was born on July 19, 1966 in Toledo, Ohio.   He was the youngest of six children born to the late William Edward and Margarite Marion (DeSmet) Satkowski.   Ed attended Monroe High School and graduated with the Class of 1984.   He enlisted in the United States Marine Corp serving his country honorably.

Ed married the former Johnnie Mayes in 1984, and the couple shared in the birth of children, Christopher and Tiffany.  In 1998, he would marry the former, Tara Balog and they would be blessed with Clayton and Alyssia.   Ed was a dedicated father and grandfather first and foremost, but was a wonderful son, brother, and uncle just the same.   He had a unique special bond with each of his children, never missing any of their games or events, and proudly shared their accomplishments with anyone willing to listen.   Since 2005, he served as a Key Account Manager for AirGas of Toledo.   Ed was a mentor to many that he worked with and was devoted to his customers, hosting customer appreciation fish-frys and delivering homemade pies to special customers.

Ed proudly raised his children in the same home he grew up in.   He was known for his great sense of humor, his love for silly movies, and a knack for sharing one-liners.   A spiritual man, he was warmly referred to as “Ole Eddie” for his beautiful, old soul, and although he could be a “big pain in the butt” sometimes his huge heart always shined through.   Ed was a fabulous cook, passionate about baking, and made delicious bread.

Ed loved the outdoors, and especially spending time in the Upper Peninsula of Michigan where many fond memories were made as a child and then shared with his own children.   He enjoyed hunting and fishing, the comradery of deer camp, and was able to boast about lifelong, grade school friends.

Ed, age 52, of LaSalle passed away unexpectedly on Saturday, January 26, 2019.   His passing was preceded by his parents.

Friends may gather on Thursday, January 31, 2019 from 2:00pm-8:00pm at Merkle Funeral Service, South Monroe, 14567 South Dixie Highway (734)241-7070.  A Celebration of His Life will be held at 11:00am on Friday, February 1 also at Merkle’s with Pastor Roy Southerland officiating. Procession will follow to Roselawn where veteran’s honors will be under the direction of Monroe Veterans of Foreign Wars Post 1138.

Memorials are suggested to Edward’s children in care of Tiffany Cousino.   Online guests may leave words of inspiration and comfort or share a photo by visiting www.merklefs.com.