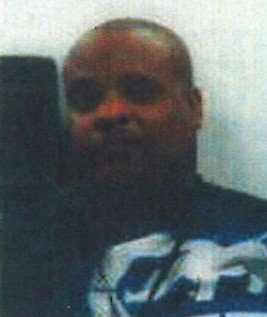 Phillip Allen was born in Chicago, Illinois on November 1, 1951. He was raised in a Christian home by his parents Johnathan “Joe” Nathan and Mary Louise (Allen) Brown. He attended Crane High School graduating in 1969 and was a faithful member of the Holiness Temple Church of God in Christ where he received Sunday and Bible School Scholar awards.

Phil married the former Vera Whiteside in 1974. He supported his family as a telemarketer for many years. Phil was taught to respect women by his father and he showed this love his entire life. A quiet man and a deep thinker he made his decisions very carefully. He was free-hearted and generous. Phil loved his Lord and as a big brother and protector had a genuine concern for others.

After moving to the Monroe area, he was employed by Ace Paper in Newport for three years. He was ordained a minister at Goodwill Church of God in Christ in Monroe and attended St. Paul Missionary Baptist Church in Milan. For the past ten years he served as an elder for Holiness Temple Church of Christ in Toledo. Phil was a true man of the cloth and a scholar of the word, even receiving Sunday School awards from Holiness for his vast Biblical knowledge.

Elder Phillip Allen, age 67, of Monroe passed away at 7:58am on Monday, December 10, 2018 at Continuing Healthcare of Toledo. He had been under the care of Hospice of Northwest Ohio. In addition to his parents his passing was preceded by four siblings:  Willie George Allen, Sandra Maddox MacPherson, Phyllis Brown-Austin, and Joanne Brown; and one grandson:  Private First Class Jeremy Phillip Allen.

Online guests may visit www.merklefs.com.   A special thank you to the staff at Fairview Skilled Nursing and Rehabilitation Center.