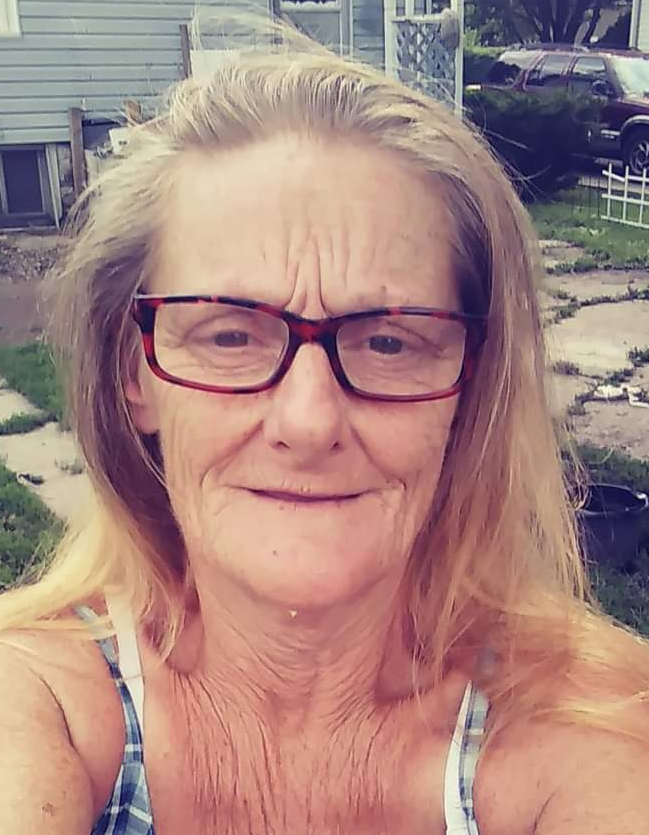 Please share a memory of Colleen to include in a keepsake book for family and friends.
View Tribute Book

Colleen Jane O'Neal was born on July 30, 1960 in Monroe, Michigan. She was one of five children born from the union of Edward Michael and Kathleen (Worrell) O'Neal. Colleen attended classes at Monroe Public Schools. She married her first husband Jack Allen on August 10, 1984. From that union she was blessed with three beautiful daughters. On Valentine’s Day, 2008 Colleen wed Charles Edward Fairchild.

Born with the gift of gab, Colleen enjoyed talking so much she would hold a conversation with any willing participant. As gossiping was one her favorite pastimes, her family jokingly referred to her as a “professional busy body”. Colleen enjoyed sitting outside and sipping on a cup of coffee when the weather was warm, often reading romance and murder mystery novels. On many occasions, she could be seen doting on her Doberman ,“Kirby”, who was well-known as her big four-legged baby. Fascinated with true crime, Colleen frequently perused through crime magazines during the Nineties and later watched the Investigation Discovery channel to learn about advancements in forensic techniques.

Above anything, Colleen was a cherished wife and mother who was full of life. She loved her family deeply and would do anything for them. Colleen adored her grandchildren and was especially close to her grandson, Calvin, who took care of her after surgery and spent nearly every day at her house.

Colleen Jane Allen-Fairchild, age 62, passed away peacefully on Monday, December 26, 2022, at her home in Monroe, Michigan. Her passing was preceded by her mother: Kathleen; one brother: Michael O'Neal; a granddaughter Sydney Beard  and her first husband: Jack Allen.

Online guests may visit www.meklefs.com to leave words of inspiration and comfort or to share a photo.

To send flowers to the family or plant a tree in memory of Colleen Fairchild, please visit Tribute Store
Saturday
31
December