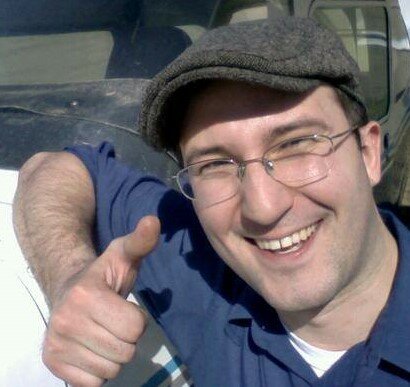 Obituary of Kevin A. Barron

Please share a memory of Kevin to include in a keepsake book for family and friends.
View Tribute Book

Kevin A. Barron was born on March 12, 1984 in Toledo, Ohio. He was the son of Mark Allan Barron and Carol Yvonne (Johnson) Barron. He was a 2003 graduate of Maumee Valley Country Day School and obtained a Bachelor’s degree in Arts and Theatre in 2007 from Ohio Wesleyan University.

Kevin fell in love with theatre at a young age and was a natural performer. He began as an Acting Lab Company member at Hangar Theatre in May of 2007, and in August of 2007 became an Intern at the Jet Theatre where he remained until June of 2008. Kevin was a former Apprentice at the Purple Rose Theatre Company from December 2008 to January 2010.

He began a lengthy role in 2010 as Thomas Edison at Greenfield Village and The Henry Ford Museum in Dearborn, Michigan where he also served as a stagehand, a position that would last through 2020. He was a former Technical Director at the Matrix Theatre Company from October 2010 to May 2011, and a Technical Assistant at the Gem Theatre from October 2010 to January 2011. In 2011, Kevin took a new position at the Berman Center for Performing Arts as a Box Office Manager from May 2011 to June 2012, and as a Technical Assistant from July 2012 to 2013 in West Bloomfield, Michigan. He was also a former Certified Product Specialist at the Ford Motor Company and a Lighting Designer at the Planet Ant Theatre from February 2011 to 2016.

Kevin was a respected member of the Detroit theatre community. He has worked with hundreds of artists and was truly loved and talented. His ability to recite movies, tv shows, and plays from heart brought a smile to all who knew him.

On April 11, 2014, Kevin achieved a lifelong dream when he obtained his license as a private pilot.   Most recently, he had worked in the airline industry at an FBO (Fixed-Base Operator) at the Willow Run Airport as an AV-Flight Safety Manager. Kevin was an inspired aviation enthusiast since he was a young child and attended airshows and aerial events throughout the Midwest.

Kevin A. Barron, age 38, passed away unexpectedly at his home on Thursday; December 1, 2022. His passing was preceded by his loving mother:  Carol Barron; an aunt:  Joanne Wunderlin; and grandparents:  Ivan and Leona Johnson and Stanley and Betty Barron.

To cherish his memory, he is survived by his father, Mark Barron of Lambertville, Michigan; two brothers, Patrick Barron of Castle Rock, Colorado and Scott (Greta) Jasmund of Mooresville, North Carolina, as well as a sister, Kris Jasmund (Allen Owczarzak) of Toledo, Ohio. He also leaves behind nieces and nephews, Hannah Demski of Erie, Michigan, and Stefanie and Brendan Jasmund of Mooresville, North Carolina, as well as many aunts, uncles, cousins, friends, fellow thespians, and his beloved cat, Max. He will be dearly missed by everyone who was a part of his life.

To send flowers to the family or plant a tree in memory of Kevin Barron, please visit Tribute Store
Sunday
11
December

Gathering for Kevin A. Barron

Celebration of Life for Kevin A. Barron