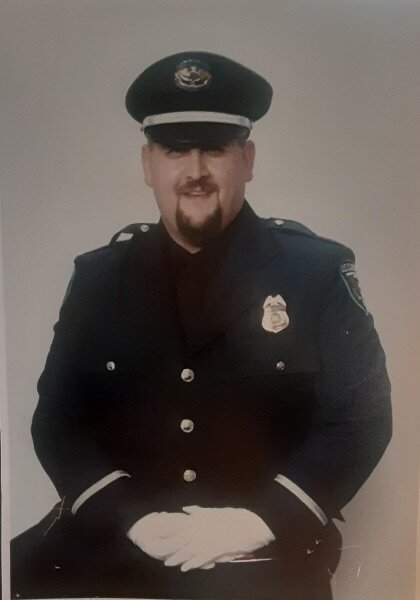 Please share a memory of Jon to include in a keepsake book for family and friends.
View Tribute Book

Jon Luke LaVanway was born in South Haven, Michigan on October 18, 1969.   He was one of three children born from the union of the late Dr. Gordon S LaVanway III and Beverly (Woodley) LaVanway.   He attended Bangor High School graduating with the Class of 1988.   He then attended Northern Michigan University in Marquette obtaining his Bachelor’s of Science Degree in Secondary Education and History in 1992.

Following graduation, he taught high school and elementary education for several years before accepting a position with the Department of Homeland Security, United States Customs and Border Patrol.

He married the love of his life the former Anita Mendoza on May 20, 2000, at St. Mary Catholic Church in Paw Paw, Michigan.   The couple was blessed with three children.   For four years he worked at International Falls in Minnesota as a Federal Agent, before transferring to Detroit, Michigan.   He worked as a Federal Customs Agent at the Detroit Metropolitan Airport and as an Entry and Import Specialist.

A devout Catholic, Jon was very spiritual, most recently he had worshipped at St. Michael in Monroe.  Faith was very important to him, and in fact it was the guiding force in his life.   He chose to be well-informed and was a member of St. Anthony Parish and the Father John A. Kenna Knights of Columbus Council #11430.

Jon was extremely likeable and an excellent conversationalist.   He was knowledgeable about many subjects from sports, to politics, to current events.  He was proud of his French-Canadian heritage and especially loved hockey often reminiscing about games he had attended with his father.   Many of Jon’s activities included Anita and their children.   He loved to share experiences with them from Tejano dancing with Anita, good friends, and compadres to visiting Brimley, Michigan and spending time at the family cottage on Lake Superior.   He was always happy and positive especially when enjoying the outdoors whether hunting in Northern Michigan or tending to his garden.

An excellent host, he loved to entertain with his favorite being a cookout amongst family and friends.   He filled his time free time reading a plethora of topics but history being his favorite.   An avid University of Michigan Wolverine fan, he came by it honestly with both his father graduating dental school and his sister, law school from U of M.   His life was complete with his three four-legged companions the maine coon cat:  Midnite and two pups:  Papi the Jack Russell/Chihuahua mix and Rocco the Chihuahua.

Jon Luke LaVanway, age 53, of Monroe passed away at 11:03am on Sunday; November 13, 2022, at ProMedica Monroe Regional Hospital.   He had been in progressively declining health since 2013.    His passing was preceded by his father and grandpa and grandma Woodley.

To send flowers to the family or plant a tree in memory of Jon LaVanway, please visit Tribute Store
Sunday
20
November

Mass of the Resurrection for Jon Luke LaVanway