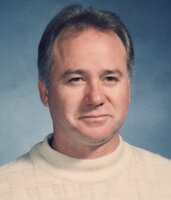 Noel Raymond Bodenmiller was born on January 10, 1948, in Monroe, Michigan. He was one of six children born to the union of Roman John and Catherine Gertrude (Gravier) Bodenmiller.  Noel attended Monroe Catholic Central High School in Monroe, Michigan graduating with the class of 1966.  He would receive his bachelor’s degree from Olivet College in Olivet, Michigan before obtaining his Masters Degree from Eastern Michigan University in Ypsilanti, Michigan.

On August 9, 1968, at St. Charles Catholic Church in Newport, Noel, would marry Linda Burke. Together the couple would be blessed with two children of their own: Elizabeth and Roman.  He worked for many years in the Monroe Public Schools District as a school guidance counselor and educator, teaching many students social studies and history before his retirement.

Noel was a member of St. Charles Catholic Church in Newport, Michigan where he was honored to have served as the organist for two years, the Monroe Moose Lodge 884, and a member of the horse club known as the River Raisin Riders. Noel wore many hats in his accomplished life. He was a home and barn builder, barn painter, horse trainer, factory laborer, bartender, community college custodian, marina assistant, hypnotherapist, and world traveler visiting Paris, France; Ventimiglia, Italy, and Moscow and St. Petersburg, Russia. He was also an accomplished writer and composer. He compiled a book of poems called “Looking for You”; wrote an Authentic Treasures trilogy entitled “Captain Stevenson’s Secret”, “Return to Stevenson’s Isle”, and “Stevenson’s Reward”. He also composed a musical called “Sounds of my Heart”.  However, when asked, he proudly proclaimed his greatest accomplishment in life was that of being a father to two, a grandfather to six, and a great grandfather to one.

Noel Raymond Bodenmiller, age 74, of Newport, Michigan passed away at home on Sunday; June 5, 2022, under the care of Elara Caring Hospice.  His passing was preceded by his parents: Roman and Catherine Bodenmiller and his brother: Edward Jude Bodenmiller.

Friends may gather on Friday; June 10, 2022, from 11:00am until 2:00pm at St. Charles Catholic Church, 8125 Swan Creek Road, Newport, Michigan 48166 followed by the Mass of the Resurrection at 2:00pm with Father Henry Rubello as celebrant.  Cremation will take place through Covenant Cremation of Erie, Michigan.  Funeral arrangements have been entrusted to Merkle Funeral Service, South Monroe; 14567 South Dixie Highway, Monroe, Michigan 48161 (734) 241-7070.