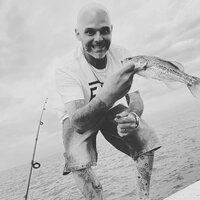 Randell Eudon Letelleir was born on January 31, 1983 in Monroe, Michigan. He was one of six children born to the union of Richard Nolan Wilson and Patricia Ann (Whitmer) Letellier.   Randell earned his GED in 2017.

On October 11, 2020 in Flat Rock, Michigan Randell married the love of his life the former, Nicole Marie Crane.  Together the couple had a blended family and were proud parents to nine children.   Randell loved to fish on Lake Erie no matter what was biting.   Enjoying the thrill of the hunt he would catch and release whatever hooked his line.   Randell enjoyed playing video games and drawing.  His sketches would eventually become tattoos that he would carefully tattoo on himself or his family.   He and Nicole were very proud of their matching tattoos.   Randell enjoyed listening to many genres of music with the exception of country.   However, eventually Nicole was able to break him down to the point that he loved even country music.   His favorite artist was Jelly Roll.   Randell had eye for fine fashion, whether it was hats or shoes he actually became a collector of unique ensembles.   More than anything, however, Randell truly enjoyed spending time with his family.

Randell E. Letellier, age 38, passed away unexpectedly on Friday; November 19, 2021 from injuries sustained in an automobile accident.  His passing was preceded by his parents:  Richard Wilson and Patricia Ann Letellier, a brother:  Anthony Letellier; his infant nephew:  Noland Letellier; and his grandparents.

Online guests may leave words of inspiration and comfort, share a photo, or make a memorial contribution in Randell’s memory at CROWDFUNDING by visiting www.merklefs.com