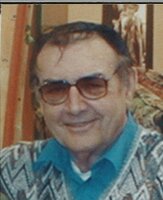 Robert Alan Warren was born December 6, 1932, in Flint, MI, to William E. and Adeline (Whitehead) Warren.  He was a 1950 graduate of Whitmer High School, Toledo, OH, then serving two years with the U.S. Army in Germany, during the Korean Conflict.  He attended the University of Toledo before hiring into IBM, retiring after 32 years as an account customer engineer, and going to work for Abacus II and R & T Microcenters, all in Toledo, OH.

Robert married Lynne S. LaVoy of Dundee, MI, on June 10, 1972, celebrating 49 years together.  She survives, along with two children from a previous marriage, Robert W. and Denise A. (Ron) Grady, and son Derek S.  He has four granddaughters, several great-grandchildren, and a niece and two nephews.  In possession of a sharp wit, he made you laugh, and he lived a "no worry" lifestyle.  He enjoyed nature and animals, fishing, reading, and wood working.

He was preceded in death by his parents, stepfather George Hettenbaugh, daughter-in-law Karen, sister and brother-in-law Helen A. and Denzil E. Sheckler, and an infant grandson.

Services are private and no public services are planned.   Cremation has taken place through Covenant Cremation of Erie, Michigan, and his care has been entrusted to Merkle Funeral Service, Dundee; 297 Tecumseh Street, Dundee, Michigan 48131 (734) 529-3156.