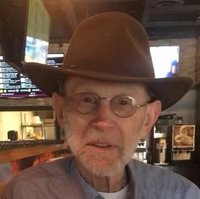 David Michael Tyler was born in Oakland, California on February 25, 1945 while his father was stationed in the military.   He was one of three children born to the union of Dave and Matilda (Johnson) Tyler.

David wed his bride, Veda Dawn Steith, on August 21, 1965 at St. Joseph Catholic Church in Ida, Michigan.   The couple enjoyed fifty-five years of marriage and were blessed with five children. They enjoyed traveling together and nearly accomplished their goal of visiting all fifty States.

David retired in 2008 after forty-two years as a heavy equipment operator and maintenance mechanic at Dundee Cement Company. He simultaneously worked as a roofer in his father’s business for many years.   A gun enthusiast and supporter of the National Rifle Association, Dave, was an active member of the Dundee Sportsman’s Club.   He was a hunter’s safety class instructor and coordinator in Monroe County.   Dave also enjoyed taking aim in his Pistol and Bow Leagues.

Not one to stay idle, Dave could often be found in the garage. He could fix anything on a vehicle and had the skills to build an entire house from the foundation to the roof and everything in between. Dave had a generous heart and volunteered his time at the Dundee Community Caring and Sharing food pantry. More than anything else, he was a devoted family man who made sure to cook supper for his wife every night and had no qualms about getting down on the floor to play with his grandchildren.

David Michael Tyler, age 76, of Dundee, passed away at his home peacefully on Monday; March 8, 2021. In addition to his parents, his passing was preceded by a brother:  Rodney Tyler; and canine companions: “Alex”, a Miniature Yorkie and “Pebbles”, a Miniature Schnauzer.

David will lie in state from 10:00am until a Worship Service celebrating His Life at 1:00pm on Saturday; March 13, 2021 at Dundee United Methodist Church, 645 Franklin Street, Dundee, Michigan 48131, followed by a procession to Maple Grove Cemetery in Dundee. Arrangements have been entrusted to Merkle Funeral Service, Dundee; 297 Tecumseh Street, Dundee, Michigan 48131 (734) 529-3156.