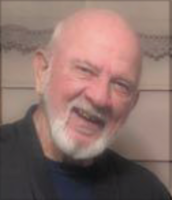 Oliver (Ollie) was born in Detroit, Michigan on March 14, 1941 to the late George Collins and the late Irma (Warwick) Collins-Welch.   Oliver came from a very large and close-knit family. He attended Huron High School and enlisted in the United States Marine Corp.  He served his country honorably and was discharged to civilian life in 1961.

Oliver married Janet Jacobs formerly of Lincoln Park, Michigan and the couple began their 57-year marriage on June 30, 1963. They moved from Oceanside, California and settled in Flat Rock, MI where they raised their 5 children. Oliver began his career as a railroad engineer with the DT&I Railroad in 1965. His 36-year tenure with the railroad endured multiple railroad transitions and included time with Grand Trunk R.R. and The Canadian National Railroad from which he retired in 2001. Being drawn to the beauty of nature, the couple purchased property in Monroe County and moved to Monroe Township to begin a new chapter in their life.

Throughout his life Oliver enjoyed spending time with his family, bowling, golf, and restoring old corvettes. He had a big heart and a passion to help people. He found a way to combine his love of people and cars through the buying and selling of auction vehicles.

Oliver was known for his quick wit, integrity, generous heart, and friendly nature.   He was a member of the Brotherhood of Locomotive Engineers and the DT+I Ol’ Timers group.

A memorial mass will take place at 10:00am on Tuesday, September 15th, 2020 at Regina Coeli Roman Catholic Church.    A Military ceremony honoring Oliver’s service to our country will be held at St Joseph Catholic Cemetery Monroe, Michigan where he will be inurned.   Merkle Funeral Service, South Monroe; 14567 South Dixie Highway, Monroe, Michigan 48161 (734) 241-7070 assisted with arrangements.   Online guests may visit www.merklefs.com.