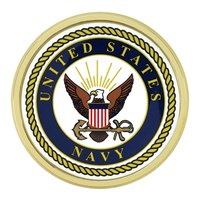 Robert Werner Weder was born on June 24, 1942 in Monroe.  He was one of six children born from the union of the late Fred Weder and the late Marguerite (Steuwe) Weder.   Robert was a 1960 graduate of Monroe High School and went on to honorably serve in the United States Navy/Marine Corp. for four years during Vietnam.

Robert was super friendly to all who were blessed to know him.  He truly cared and gave to those who reciprocated his kindness. He loved to socialize and as a proud veteran, he always had an interesting story to tell about his time stationed in Okinawa.  He loved to travel especially up north to camp or take up the serenity of his favorite fishing hole.  Robert was known for playing his luck with the Lotto and visiting his favorite casinos and in his quiet time, he could be found keeping up with current events reading the newspaper.

Robert Werner Weder, age 77, of Monroe passed away at 3:48am on May 14, 2020 at Promedica Monroe Regional Hospital.  In addition to his parents, he is preceded by his brothers:  Richard, Fred, Michael, David and Eric.

In memory of Robert, Memorial donations are suggested to: Wounded Warriors www.support.woundedwarriorsproject.org

Online guests may leave words of inspiration and comfort, share a photo by visiting www.merklefs.com.