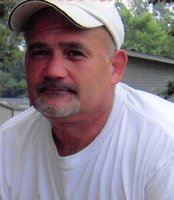 Morris Dwayne McMullen was born July 13, 1963 in Monroe, Michigan.  He was one of four children born from the union of the late Morris D. McMullen and Glenna C. (Wilson) McMullen. Morris attended Monroe High School.  He supported his family early on employed at Don’s Car Wash for several years moving into management, Carpenters Local Union 465 for thirty years, retiring in 2004 and at Dyno Noble after retirement.

Although Morris kept to himself most times, he was carefree and kind to all who knew him.  He supported those he loved, gave advice and was quite generous to those in need. Morris had a great sense of humor; never afraid to tell a tall tale or joke just to see a smile. In his younger years, he appreciated the outdoors at the beach or on the lake fishing. Morris was quite the “junk” collector and spent many hours in his garage tinkering on cars and fixing his accumulated treasures.

Morris looked forward to spending time with his children and adored his grandchildren.  In his quiet time, he could be found watching television snuggled up next to his canine companion, “Jake.”

Morris Dwayne McMullen, age 56, of Monroe passed away unexpectedly on Monday, March 23, 2020 at his home. In addition to his father, he is preceded by two siblings: David McMullen and Charlotte Turner.

Online guests may leave words of comfort and inspiration or share a photo at www.merklefs.com.