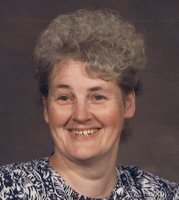 Judith Williams was born on May 1, 1947 in Harrogate, Tennessee. She was one of five children born from the union of the late Joseph Williams and the late Beulah (Dobbs) Williams. In 1965, Judith would graduate from Monroe High School. Later that year she would marry, Jimmie Cavins. From this union, Judith, would be blessed with the birth of a daughter: Deborah.

Judith was a strong and faithful woman. She received her spiritual nourishment with regular attendance at the Belleville Faith Assembly Church in Belleville, Michigan. She certainly appreciated hearing the Word to keep her spirit renewed.

Judith was an active member of the Sumpter Township Senior Center. She enjoyed putting together puzzles, sitting quietly with a book, playing games on her cell phone, or watching the birds make nests in the tree outside her window. Each night, she would challenge her mind and knowledge while watching “Wheel of Fortune” and “Jeopardy”.

Most important on Judith’s priority list was being a mom. She always made time for her daughter and grandchildren. She could be counted on to help whenever or wherever she was needed.

Judith Cavins, age 72, of Belleville passed unexpectedly at 1:38pm on Friday; March 20, 2020 at her home. In addition to her parents her passing was preceded by three brothers: David Williams, Marvin “Dale” Williams, and Joseph Charles Williams; and one sister: Betty Turner.

Private services have been held and no public services are planned. Arrangements have been entrusted to Merkle Funeral Service, North Monroe, 2442 North Monroe Street, Monroe, Michigan 48162 (734) 384-5185. Online guests may leave words of inspiration and comfort or share a photo by visiting www.merklefs.com.