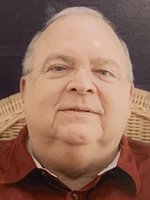 Donald Raymond Dober was born in Wyandotte, Michigan on July 20, 1949.  He was one of six children born from the union of the late Walter Dober and the late Nellie (Esslie) Dober.   Following high school, Donald enlisted in the United States Marine Corp.   He served his country honorably and proudly during the Vietnam War from 1967-1971.

For many years, Don supported his family as an industrial truck mechanic for the Ford Motor Company.  As a young man he had enjoyed hunting deer and any type of big game animals.   He was also active in his community serving with the Lion’s Club while living in Arizona.  In his spare time, Don often enjoyed a lively game of euchre to unwind with friends.

Donald was very honored that his own love of service and country was shared with his son and daughter-in-law, both of whom gave of their time in the American military.

Donald Raymond Dober, age 70, of Ypsilanti passed away unexpectedly on January 13, 2020 at his home.   In addition to his parents his passing was preceded by a daughter:  Tamara Lynn Kimble; a sister:  Pamela Valley; and two brothers-in-law:  Richard Eder and Chuck Valley.

Private services have been held and no public services are planned at this time.  Arrangements have been entrusted to Merkle Funeral Service, North Monroe; 2442 North Monroe Street, Monroe, Michigan 48162 (734) 384-5185.

In lieu of flowers memorials in Donald’s honor are suggested to the triple negative breast cancer research.   Online guests may leave words of inspiration and comfort, or share a photo by visiting www.merklefs.com