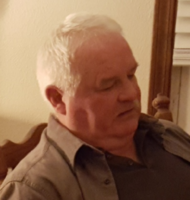 Gary Lynn Boudrie was born in Saline, Michigan on July 10, 1952. He was one of two children born from the union of the late Harold James Boudrie and Betty Jean (Merkle) Boudrie. Gary graduated from Erie Mason High in 1970 and went on to receive both Bachelor’s and Master’s degrees in Education.

Gary was an English teacher at Jefferson Middle School in Monroe and chaired the English Department. He taught for over forty years, retiring in 2015. As a teacher, he knew the minds and hearts of middle school students. Gary built a great rapport with his students as well as the rest of the school staff. He loved music and played in the band “The Erie Boys”. Gary played the Bass guitar and was also an accomplished singer.

Gary was very close to his brother Michael as well as the rest of the family. His care and concern, though, went far beyond his immediate family. After Gary retired, he was very involved in service to his neighbors, such as taking them to doctors’ appointments. He was well thought of by the entire community. Gary loved his boat; whether fishing or entertaining friends, the boat was one of his favorite places to be. Gary was a voracious reader of historical non-fiction and mysteries.  His family remembers Gary for his strong will, generosity, and unending care for everyone in the community.

Gary Lynn Boudrie, age 67, of Erie passed away at his home on Friday, September 6, 2019. His passing was preceded by his parents, Harold James Boudrie, and Betty Jean Boudrie.

A private celebration of his life is planned for a later date.