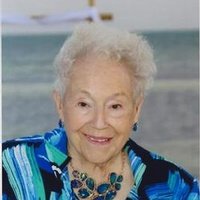 Marilyn F. Baranowski, age 86, of Dundee, Michigan passed away at her daughters Dundee home on Friday, June 30, 2017 under the care of her family and Great Lakes Caring Hospice. She was born in Spargursville, Ohio the daughter of David and Dora (Hurley) Yoakum. She graduated from Bournvill High School. She then married Theodore (Ted) Baranowski August 6, 1949 in Spargursville. He passed away August 27, 1984. Marilyn was a very active long time member and Past President of the Ladies Auxiliary to the Moore-Lenz-Wakefield VFW Post 6462. She joined the Auxiliary in 1965. She worked at the Ford Motor Saline Plant from 1967 until retiring in 1995. She is a member of the Ford retirees of Local 892; is a former member of the Dundee Senior Citizens, loved spending time with her family and friends and playing euchre, poker and gambling. Friends may call on Tuesday, July 11, 2017 from 3 – 8 PM at the Cover Funeral Home, 297 Tecumseh Street in Dundee (734-529-3156). Her funeral service will be held at 11 AM, Wednesday, July 12, 2017 at the funeral home. Officiating will be the Ladies Auxiliary and members of the Moore-Lenz-Wakefield VFW Post 6462. Cremation will follow the services with inurnment at a later date at Pleasant View Cemetery in Petersburg. She is survived by her daughters Shelly (Jerry) Begley and Karen Baranowski both of Dundee; grandchildren Deanna (Todd) Schrecengost, Denny (Amy) Begley, Angela (Brian)Pool, Rod (Jodi) Ebersberger, Amber (Darrell) Howard and Ashley Rutter; great-grandchildren Mason, Jesse, Jared, Dylan, Ryleigh, Logan, Theodore (Theo), Caitlyn and Noah. She was preceded in death by her parents, husband Ted and 10 siblings. Memorials may be made in her name to the American Legion or American Cancer Society for Breast Cancer. Online condolences may be made at www.coverfuneralhome.com.